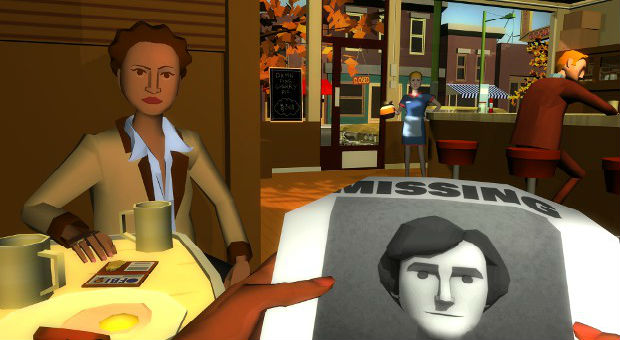 I love Twin Peaks. I love True Detective. Mostly, anything bizarre or off-kilter strikes my fancy. That’s why I’m so excited for Variable State’s Virginia, an interactive drama that looks just as delightfully weird as the game itself.

A brand-new FBI agent and her partner are tasked with unraveling the mystery enshrouding the disappearance of a young boy in early 1990s Virginia. Sound familiar? Of course it does.

While Variable State has released scant details surrounding the game thus far, it seems that veteran developers Jonathan Burroughs and Terry Kenny have created the basis for what will undoubtedly be a quirky tale that I’ll be following very closely. I’m already loving the very first screenshot as well as the minimalistic promotional imagery.

That type of game you like is going to come back in style, adventure gamers. Virginia is tentatively slated for a 2015 release.