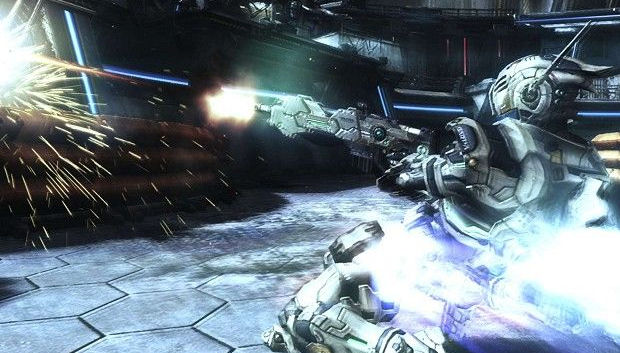 Vanquish may look like Platinum’s answer to Gears of War, but if these screenshots indicate one thing, it’s that the studio’s third-person-shooter isn’t going to be your average cover-based clone of Epic’s smash hit. The images contained in this gallery seem to show that Vanquish is to shooters what Bayonetta was to action games — and it’s balls-out mental.

There’s loads of action going on, including crazy robots, and knee-sliding gunplay. Looks like this is going to be one crazy game, which is what we’ve come to expect from Platinum Games. I must confess I was only mildly anticipating the game until now, but these pictures promise something to get fully excited for.

Platinum is yet to let me down, in any case.

[Via All Games Beta]