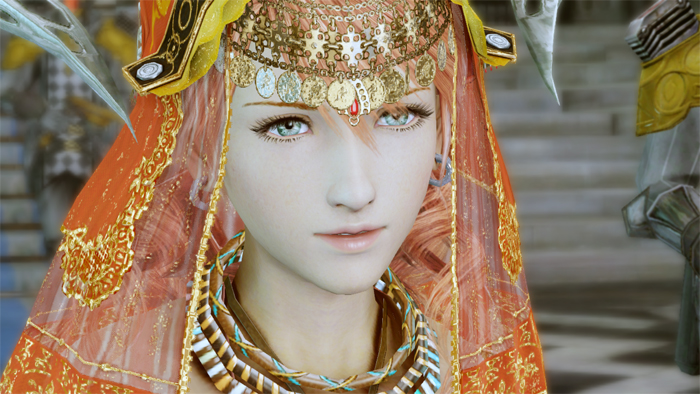 Vanille is back. Or awake. In Lightning Returns: Final Fantasy XIII, Vanille has risen to find that she now has a gift that lets her hear the voices of dead people. See, I always knew she was kind of weird. Square Enix says that she’s now called the saint, and lives under the Order’s protection in Luxerion.

You’ll see some of Vanille’s new get-up in our gallery of new screenshots, but you’ll also see a glimpse of a new online feature for Lightning Returns called Outerworld Service. This lets you send messages, scores, and even send screenshots out via social media. This means that all of my followers will get an eyeful of Lightning’s pretty dresses soon. Sorry!