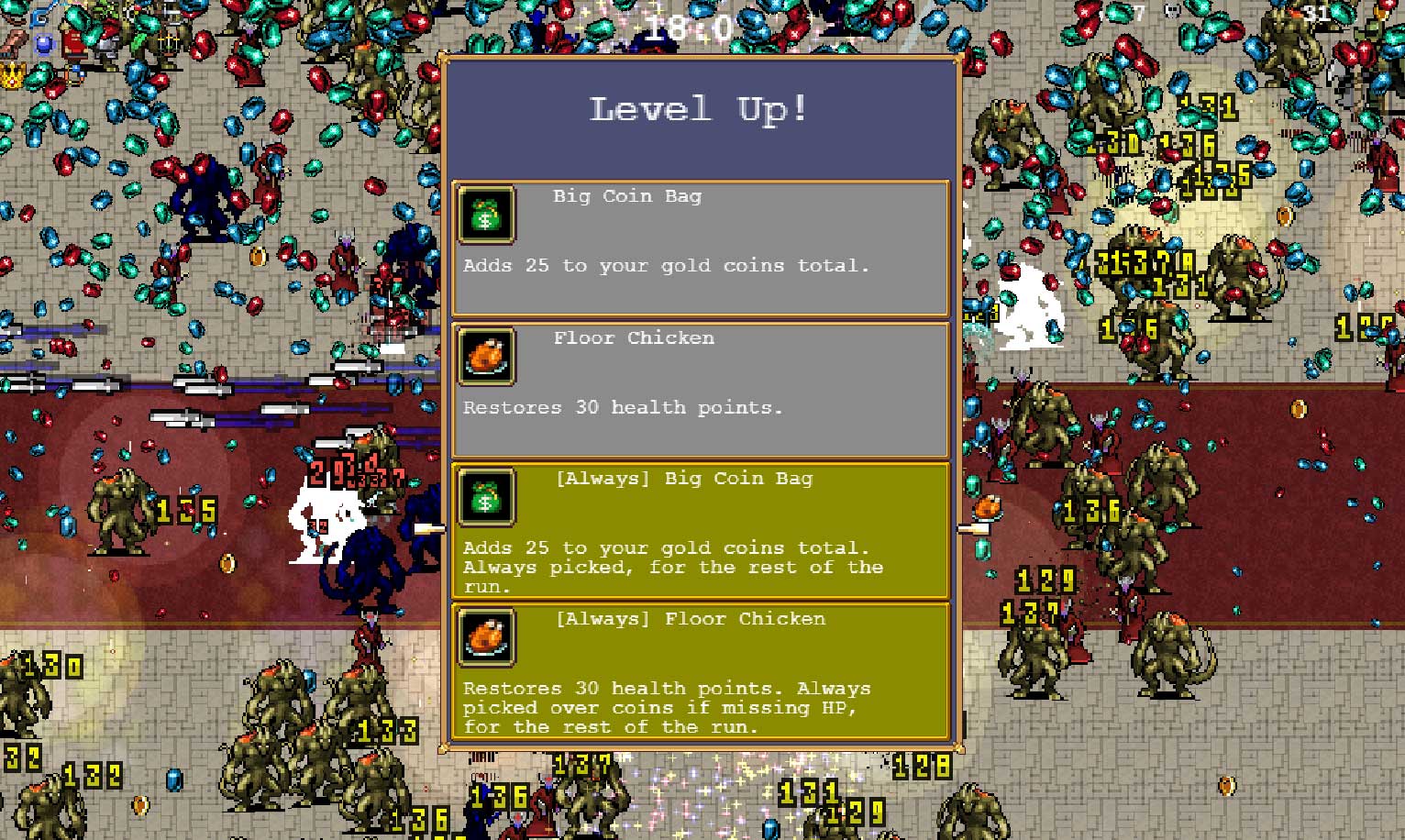 Patch 0.8.0 is out today for Vampire Survivors, and it hits the mark. With limit breaks further fueling the power fantasy — and the ability to auto-pick coin bags or floor chickens when leveling up — the horde-mowing action feels non-stop.

Wait, limit breaks? Yeah. With the new relic, Great Gospel, you’ll be able to boost weapons to a ridiculous degree once everything else is maxed out. So instead of the normal money-or-food choice when you level up toward the end of a run, you’ll be able to crank up stats like Area, Speed, and Might (with a percentage boost) on your favorite weapons.

Limit breaks are a toggle in Vampire Survivors, and to use them (they reset every run), you’ll first need to pry the Great Gospel from a new boss’s cold, skeletal hands. For a nudge in the right direction, head to Capella Magna and survive until the 30-minute mark.

**Spoilers below for the boss**

Unlike the usual end-of-run reapers, this is a proper “boss fight” with area-of-effect attacks to dodge. But don’t be too intimidated. If you play it safe, you’ll come out on top.

There’s also an unlockable bestiary in 0.8.0 that’s worth a quick glance if you love Castlevania, though the developer, poncle, says it’s “largely incomplete” right now. The enemy list “will be updated with more data and details as we get closer to v1.0.”

With patch 0.8.0, any items you’ve banished will be visible at the bottom of the level-up selection screen. Another change I like: it’s now possible to filter out the achievements you’ve already earned, so you don’t have to scroll through 100+ completed listings.

That feeling when you catch up with the latest Vampire Survivors update and raise your achievement completion rate back to 100% — bliss! Until next time, anyway. I do still have secret characters to unlock, including a new one who can be found in the Bone Zone.

In terms of the roadmap, Vampire Survivors still has room for more weapons, Arcanas, and a new challenge stage, plus whatever other surprises are in store. As someone who tends to wait for Early Access games to reach 1.0 status, I have to say, this has been a blast.

This new patch has made me feel even more powerful with limit breaks, and I have to imagine there will be some wild new challenge to put us back in our place.