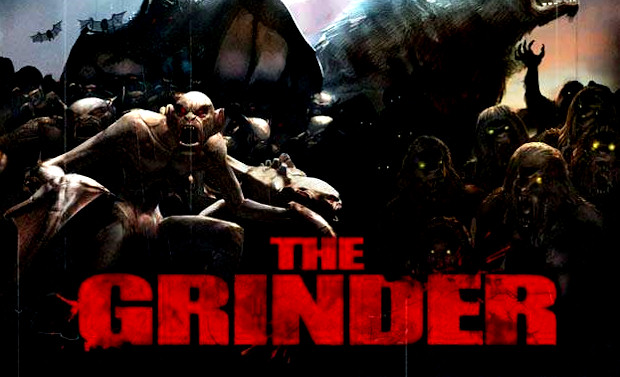 High Voltage’s The Grinder has effectively been labeled as “Left 4 Dead on the Wii,” focusing as it does on co-op undead shooting action. High Voltage definitely wants to bring that kind of game to the white waggle box, but when we asked the Left 4 Dead developer how it felt about The Grinder, we were met with what can best be described as hopeful skepticism.

“I’m very interested in social gaming. Left 4 Dead is social gaming,” explains writer Chet Faliszek. “One of the reasons why we’re on Steam and Xbox Live is because those platforms deliver that, they deliver hooking up with your friends. I have no idea how you’d do that on the Wii. I mean, I can be sitting there, watching Netflix on my 360, I see a popup saying that someone online who I know is playing Left 4 Dead, and I can go join them. How am I doing that on the Wii?

“Left 4 Dead couldn’t have existed ten years ago without the technology to hook you up with your friends as easily as we do now. Even QuakeWorld, when that first came out it was this huge thing because you could hook up with any stranger, but it still didn’t let you connect to your friends and there was a lot of work on that and on Steam, we had a lot of iterations of friends lists because it’s not an easy problem to solve, there are a lot of things to want to do right.

“I don’t know if those other platforms are doing that yet, so when I see a game coming out like that on the Wii, I just wonder, ‘how’s that gonna work?’ Best of luck to them, that’s totally cool and if it’s a cool game I’ll definitely buy it and figure it out, but I don’t know how that works. I think it’s hard to discount how powerful the Xbox Live community and Steam community are.”

It will indeed be interesting to see how well The Grinder fares on Wii. The Wii’s interface may be able to handle the gameplay aspect of a co-op shooter, but the social aspect is indeed a crucial part of Left 4 Dead, and if you can’t easily hook up with friends, there won’t be much point at all. We’ll have to see how it goes.