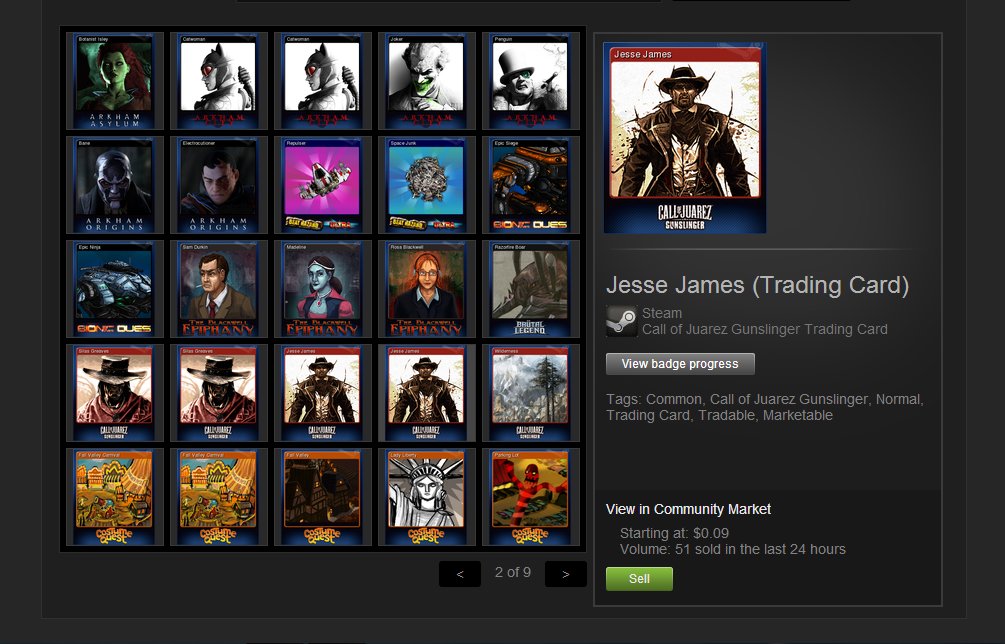 Do you have a Slaughtering Grounds card?

Many people don’t really care about Steam Trading Cards, but it has been a lucrative addition to Valve’s digital distribution platform since its inception. The system, in its current incarnation, doles out digital cards to players while running supported games, adding them to your Steam inventory. You are then able to trade the cards directly with players or sell them. Each sale of a card not only gives you money (typically a few cents), but also gives the developers a small cut.

Some insidious developers figured out how to game the system. Instead of releasing a title that was actually worth a damn, they would take advantage of a system on Steam that basically acted as a way for people to quickly collect and swap cards. As Valve put it on their blog, “These fake developers take advantage of a feature we provide to all developers on Steam, which is the ability to generate Steam keys for their games. They generate many thousands of these keys and hand them out to bots running Steam accounts, which then idle away in their games to collect Trading Cards. Even if no real players ever see or buy one of these fake games, their developers make money by farming cards.”

While this doesn’t actually hurt anyone (even if it is a bit sketchy), Valve will soon be making changes to the trading card system. According to them, these “fake” games were messing up Steam’s store algorithm, which is a core part of what makes Steam work the way it does. Since user data was being generated from these games, the store would then believe it was popular and try to promote it over legitimately made titles.

Now, Valve is going to be building a “confidence metric” into Steam that will keep games from dropping cards until it is determined whether the game, in question, is being purchased and played by actual people. As Valve puts it, “With this change, we hope to significantly reduce the economic incentive for the bad actors to release fake games on Steam.”

As for my take on this whole change, I’m not really concerned. I wish Valve could stomp out people who charge 35 cents for cards from indie games, but I understand that a free market economy wouldn’t allow for that. I’ve never farmed trading cards, so I don’t have a horse in this race.