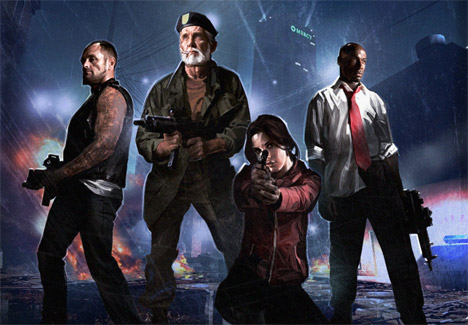 Saying that gamers are excited for Left 4 Dead is a serious understatement. Pre-orders for the title are 60 percent higher than they were for Orange Box, and Valve says that L4D is EA’s number one Xbox 360 game for the holiday.

With such positive reactions to Valve’s new IP, the company has decided to invest $10 million on a massive ad campaign that will include commercials which are said to mix humor with horror, environmental ads similar to what Take-Two did with Grand Theft Auto IV, ads in magazines like Playboy, and marketing on Web sites.

If I’m forced to see ads for a videogame plastered all over the place, it might as well be for a game of Left 4 Dead‘s caliber, right?

Also, don’t forget that a demo will be out in early November for Xbox 360 and PC; it’s actually going to feature online co-op, so that should give us a nice glimpse of what’s in store.