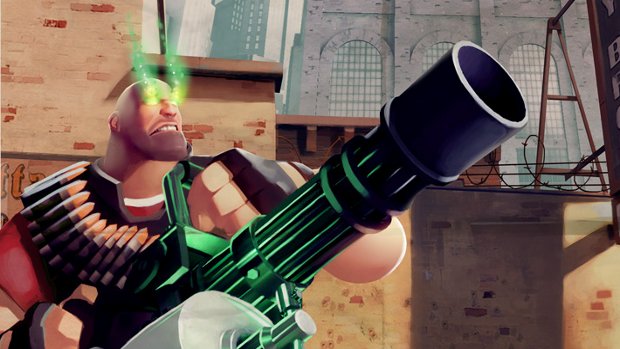 Valve still has plans to keep the party going for Team Fortress 2. After its recent Halloween pack, the developers are already underway with the reveal of new content. Today, an update for Mann vs. Machine was teased on the official TF2 blog, and there’s still much more to come.

In this new Dickensian update, a new co-op tour called the Two Cities Tour will be available for the Mann vs. Machine mode. In it, players will travel to a new map called “Mannhatten” in the fight against waves of robots. Unlike the previous tour, the robots’ tactics have changed and they possess the abilities to shift their spawn points around the map and bring in more bombs to use against players.

In addition to this, completing the Two Cities Tour will reward players with Killstreak kits that allow you to customize your weapons with decorations, new parts and spare scrap, and of course the chance of acquiring an ultra rare Australium weapon for their arsenal. Moreover, a new community map called “Snakewater” focusing on control point gameplay will be brought into server rotation.

With the reveal of the second city tomorrow, and in addition to other content, TF2 players have a lot to look forward this week. It’s great to see that Valve is still having fun making content for this series, as their wit and humor hasn’t lost its edge one bit.