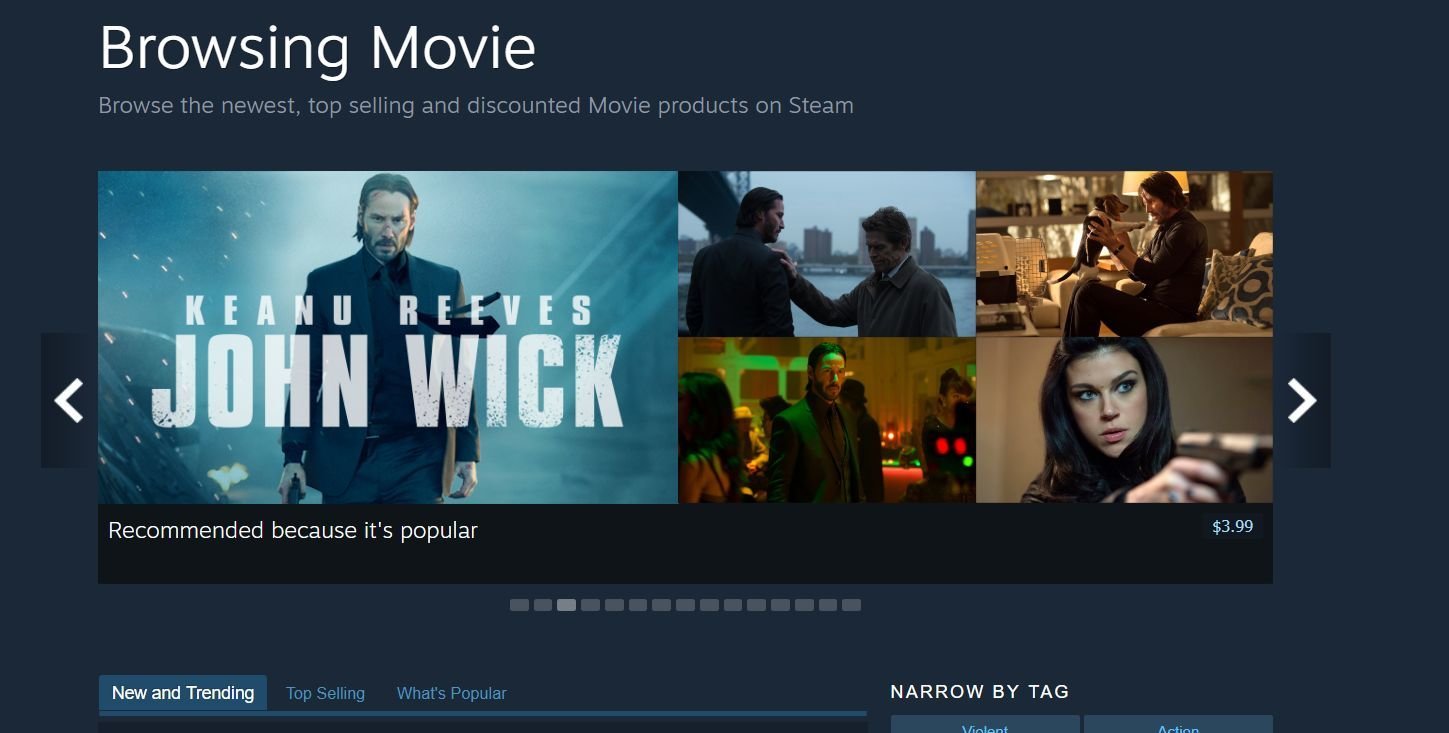 Because that was the section that needed cleaning…

Do you remember when Valve launched the video section of Steam to host streaming films? Yeah, me either, but it has been around for a few years now with an ever-growing library of blockbuster releases. Instead of getting digital copies for users to download and view through the Steam client, users basically rented out streaming links that would redirect you to a low-res version of the film that you could watch while logged into Steam. It was pretty crappy, all things considered, but was likely a placeholder until Valve could figure out what to do with the feature.

In an effort to clean up the storefront (ha!), Valve has decided it was high time it retired the video section of the Steam storefront. In a post on the Steam forums, Valve writes, “For the past few years, we have worked on expanding Steam beyond games and software by building a video platform that supports paid and free video content. In reviewing what Steam users actually watch, it became clear we should focus our effort on offering content that is either directly related to gaming or, is accessory content for games or software sold on Steam.”

If you happened to have purchased any films or documentaries on Steam, you’ll still retain access to them. Moving forward, the currently available films will be delisted and moved off of the Steam store to make way for more shovelware better focus on the gaming aspects of the service. As Valve puts it, the content is being removed “with an expectation that video content is discovered via the associated game or software store page.”

Hopefully, this push for cleanliness extends to more than just films.