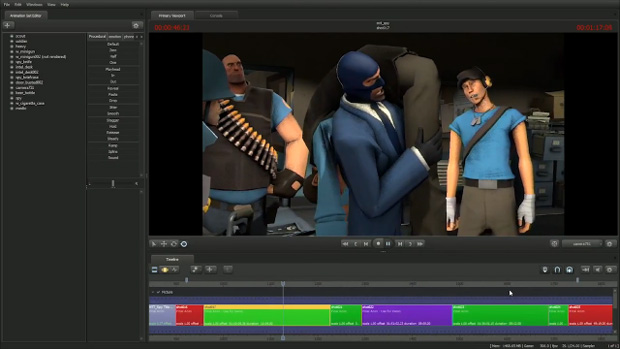 Source Filmmaker is a storytelling tool that Valve created for the Source Engine to create their animated short films, including the beloved “Meet the Team” series shorts. They say that this tool squeezes the production pipeline of an animation studio down to a single gaming PC. With this release, you have access to these very same tools, letting you create your own movies.

To celebrate this release, Valve has released the final installment of the ‘Team’ series, “Meet the Pyro.” Watch this to get an idea of what you can do with the Source Filmmaker tool. The above video does a really nice job of showing of just how much power this gives you. SFM essentially makes game worlds a movie backlot for creators.

Want to start making your own movie now? Go to the Source Filmmaker webpage to get more information and sign up. It’s in closed beta now, but will go full release later this year, free of charge.

If anyone out there needs a soundtrack for their movie, look me up!