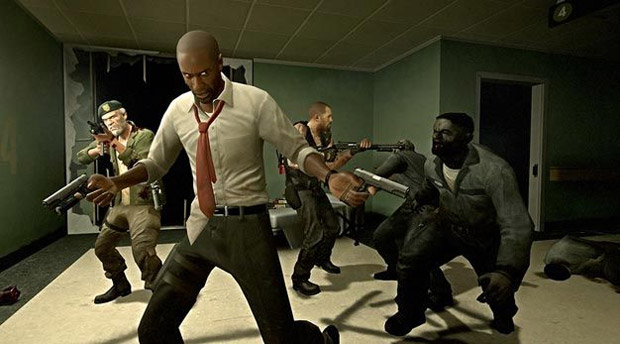 At the NeuroGaming 2013 Conference and Expo this month, Valve’s Mike Ambinder spoke about biofeedback experiments that the company has been working on, reports GamesBeat. Most notably, he mentioned that Valve put together a system for measuring players’ sweat to check for arousal. This was tested on — what else? — the all-too-appropriate Left 4 Dead.

Another experiment involved eye-tracking and allowed testers to play Portal 2 using their eyes, which sounds crazy but Ambinder says worked well given the context. “The eyes are quicker [than traditional input schemes like a mouse],” he explained.

Far from the first time we’ve heard of this kind of work at Valve, but I do always appreciate hearing about it nonetheless. I’m still waiting for the day when this alternate feedback can be more directly experienced by us external players. “We’re very curious about what we can do when we take that data and feed it into a game and have the game respond dynamically to a player’s emotional state,” commented Ambinder.