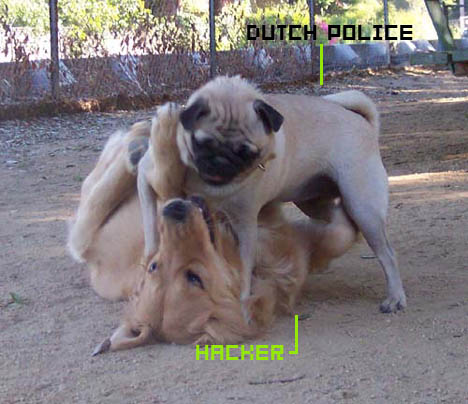 Remember when hackers hacked into Valve? The hacker, MaddoxX, said he was just hacking to teach Valve a thing or two, and many of you said that nothing would come of it. Well, something came of it.

He made his way into a file server, uncovering credit card numbers and account information for users. He claimed that “We also don’t want money from VALVe, we want a simple message on their site.” Right. Now that the 20-year-old has been caught by Dutch authorities, we know that he blew through 13 million Euros buying computers, televisions, music players, and playing online poker. On top of all of this, CVG says that he was also busted for hacking into an Activision server and stealing a copy of Enemy Territory: Quake Wars.

Wait. If you had 13 million Euros, why would you need to hack and steal Quake Wars?

What would you buy with 13 million Euros ($20 million)? Not Quake Wars!