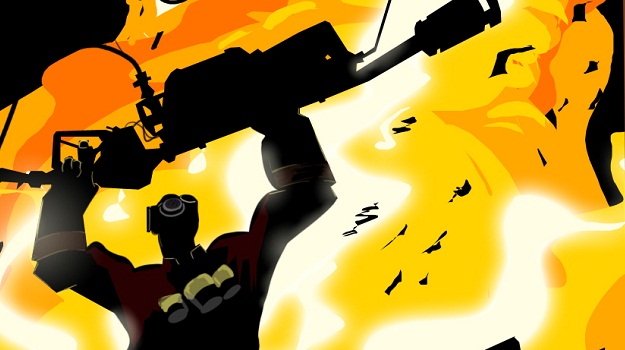 If you thought Valve was simply going to put Team Fortress 2 out to the free-to-play ranch in 2012, then think again. A new blog post has announced a wealth of new content coming this year including the last “Meet The…” video in the series for the Pyro. Will we finally have the Pryo’s gender confirmed? My bet is on Valve pulling a neat swerve on the issue just to confound us even more.

Also announced is the new Steam Workshop blog that allows players to keep up with all the new developments in the Mann Co. Store. Then there’s the 2012 Saxxy Awards where we’ll see some great replays that will make me jealous of my lacking TF2 skills.

The final announcement is maybe the most interesting because it’s the one we know the least about. Valve is teasing a secret TF2 project, which is probably not the “un-Godly map/hat hybrid” they talk about in the post. Will TF2 have a new play mode? New characters? Some new ultra-free-to-play mode where Valve pays you to play TF2?!? Speculate … NOW!