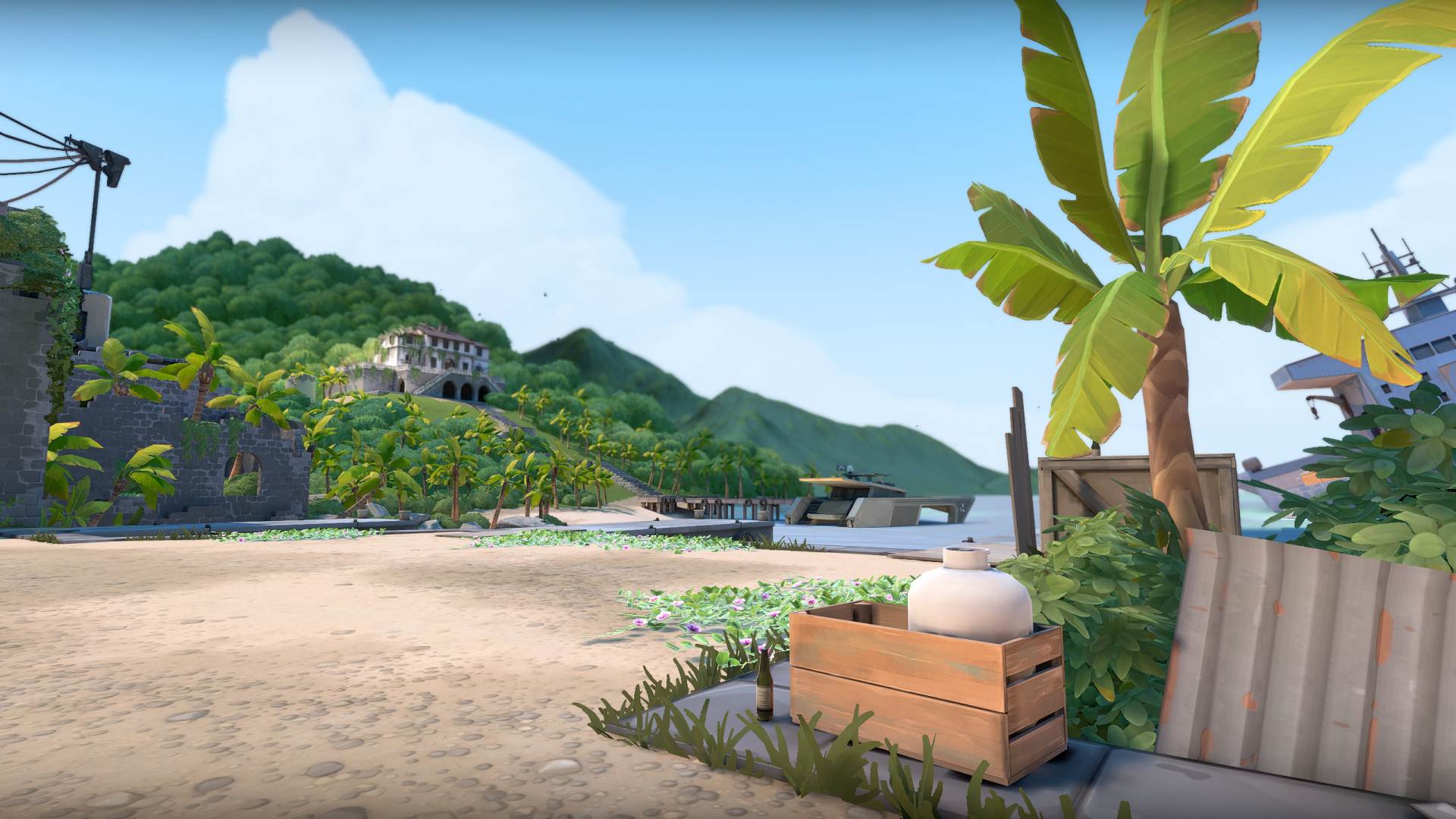 Vacation, all I ever wanted.

The next Act of Riot Games’ tactical FPS Valorant is on the way, but rather than a frigid Icebox, things will get a little brighter. Next week, the Agents of Valorant are headed to Breeze.

A new map, Breeze, is launching alongside the Act 2, Episode 3 battle pass on April 27, 2021. Today, Riot showcased the new locale, set on a remote island within the southern part of the Bermuda Triangle. Totally normal place to have a gunfight.

Senior game designer Sal Garozzo said one of the main goals for Breeze was building “larger and more open spaces with longer sightlines” than other maps in the Valorant pool at the moment. While that sounds great for snipers, it also opens up the potential for some Agents to use their abilities in new ways—long-reaching sight-denial moves, like Viper’s Toxic Screen or Astra’s ultimate, probably come in handy for those long lines.

There’s also a new battle pass to dump experience into, with new gun skins, player cards, gun buddies, and sprays to pick up. As always, there is a free track and a paid track for $9.99, and the pass will run from April 27 through June 21, 2021.

As Valorant nears its one-year anniversary since launch, it’s managed to establish itself as one of the competitive FPS games to watch right alongside Counter-Strike and Rainbow Six Siege. What more might be in store for this game will be fun to watch, though if the long lifetime of League of Legends is any indication, it’s here to stay for quite a while.