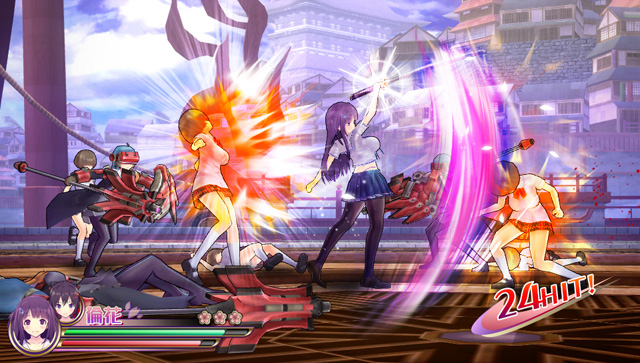 Kenichiro Takaki’s latest looks like more of the same

In addition to an anime series and mobile app, the publisher announced Valkyrie Drive: Bhikkhuni, a PlayStation Vita game helmed by none other than Senran Kagura creator Kenichiro Takaki.

And, as expected, Valkyrie Drive closely resembles the self-proclaimed huge boob producer’s previous work, if these early screenshots are any indication. You do you, Takaki. You do you.

Valkyrie Drive launches in Japan later this year. A western release has not been announced.