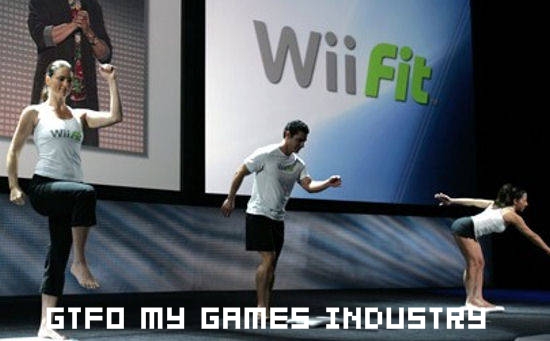 A couple of us can’t wait to see some solid JRPG action heading to the PS3, and Sega’s Valkyria Chronicles appears to be the answer we’re looking for. This tactical RPG looks pretty and producer Akira Nishino certainly thinks we should all be playing it, but one thing he’s less enthusiastic about is the success of certain so-called “casual” games on another so-called “casual” system.  In an interview with a Japanese site, Nishino had this to say about the future of the games industry:

“There is a problem with the platforms … Its a shame that games like Wii Fit sell … They aren’t games … I did make some casual titles too … But really … Wii Fit and Wii Sports should be the gateway for the non-gamers … But ultimately they should play proper games like Valkyria Chronicles.”

Aside from the fact that it’s amusing to see a producer telling us that we should all ultimately be playing his “proper” game, it’s also interesting to note yet another Japanese developer criticizing the Wii’s mainstream edge. No More Heroes creator Suda 51 has already noted how Nintendo doesn’t take care of third parties, and here’s the producer of a PS3-exclusive, traditional Japanese game disconcerted with Nintendo’s current direction.

Are these stalwarts feeling threatened by the myth of casual gaming? He does somewhat have a point in remarking that Wii Fit isn’t a proper game (it really isn’t), but does that necessarily mean it shouldn’t sell?

Regardless, it’s not so much Wii Fit that’s the problem — it’s this insistence everybody has on drawing a thick dividing line between hardcore and casual gamers, something Nishino himself has just been guilty of. Until companies stop marketing certain games to a certain crowd and other games to another, how are we expected to see growth in this industry? If Nintendo and companies like it stopped trying to split its audience into idealistic, black-and-white pigeonholes and actually marketed games to gamers, regardless of their playing preferences, perhaps we’d actually see “proper” games selling as well as others.

Or maybe not, since people are stupid and never bought Gitaroo Man. Never know until you try though.