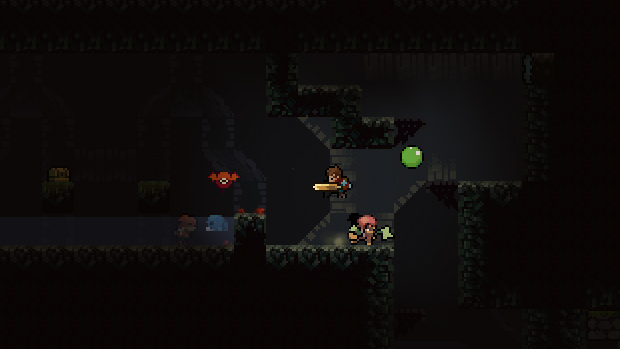 Nuke Nine has launched a Kickstarter for its action-platformer with RPG elements Vagante and the best part about the pitch — well, besides several attention-grabbing .gifs — is the included demo.

Vagante has permanent death, randomized levels, and a willingness to unceremoniously kill you in the blink of an eye. It reminds me of Catacomb Kids — but since some of you won’t be familiar with that game, think of this as a sort of Spelunky in a dark fantasy world.

For me, the biggest draw here is the mage class because heck yes I want to shoot lightning like a madman and see a bunch of damage indicators pop up. The team has been working on the game full-time for over eight months and is using Kickstarter to fund its remaining development.

Makes it look so easy.