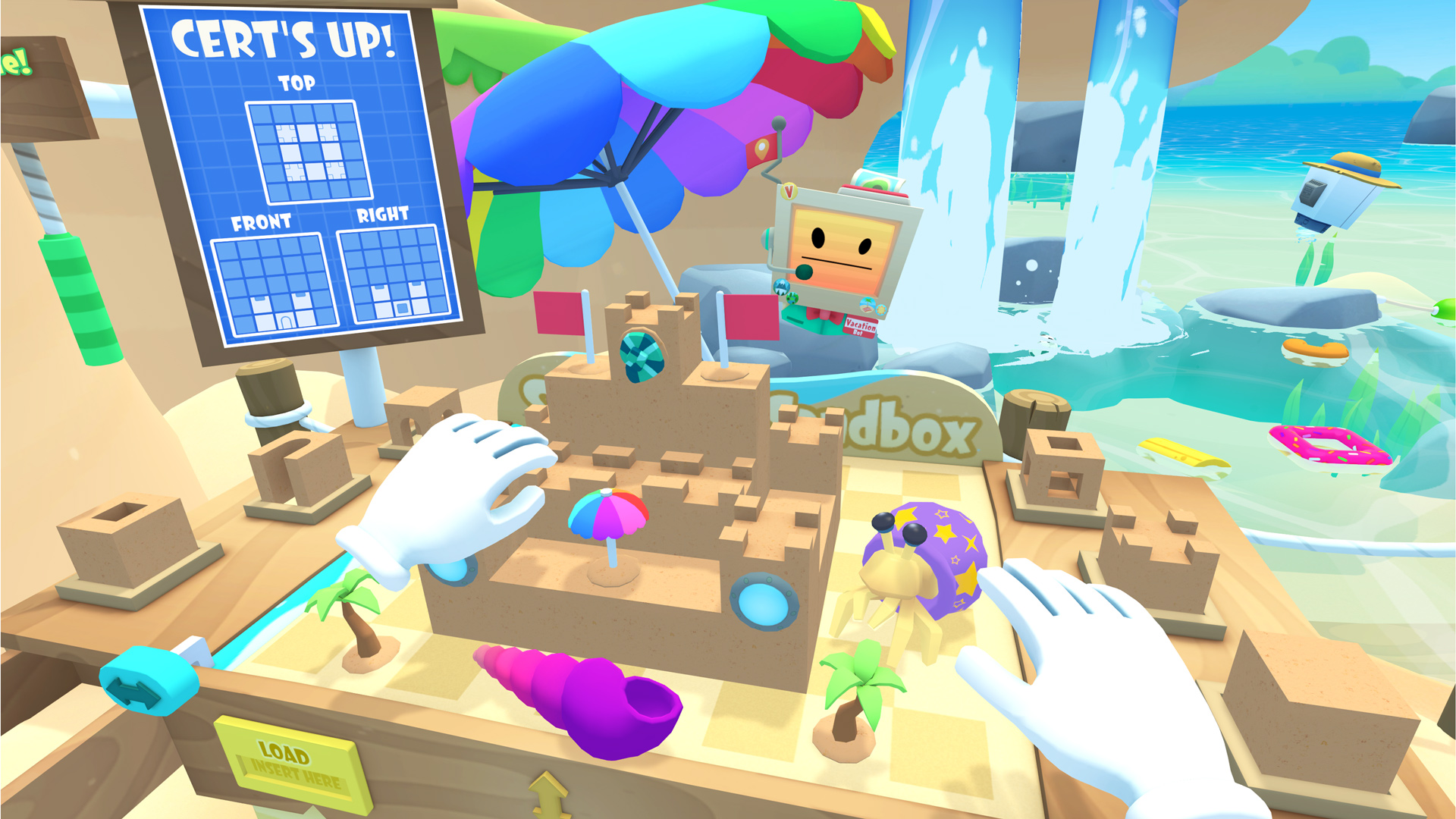 Releasing on PC in April and PS4 this summer

My only real hangup with Job Simulator is that it had to end. It’s a silly game about day-to-day tasks like office work and cooking, but through the lens of robots who don’t know the finer details of humanity’s distant past. When everything’s an approximation, “burning a CD” with literal fire makes sense.

Owlchemy Labs is continuing the Job Simulator concept with a new game, Vacation Simulator, and it’s one of those situations where just knowing the name and basic premise is enough to keep me excited. This week, the studio let out the release timing: April 9 on Vive and Oculus Rift, and then “summer 2019” on PlayStation VR. Just like its predecessor, Vacation Simulator will cost $29.99 at launch.

The sun-soaked island setting has a resort (complete with a mini-fridge), along with beach, mountain, and forest areas. Owlchemy says that Vacation Simulator is “bigger than anything we’ve done before.”

There’s also a deep avatar customization system to tie it all together.

I’ve put Job Simulator in front of everyone I know who wants to try out VR for the first time, and the game hasn’t failed yet. It’s playful, funny, creative, and most importantly manageable in scope for beginners. From everything I’ve seen of Vacation Simulator, it should bring more of those good vibes.