There’s even online PvE and PvP, if you want it

V Rising caught my eye with its talk of becoming a vampire lord, raising up a castle, fending off supernatural creatures and vampire hunters, and fighting alongside other players. Oh, and the title cracks me up. Let’s just say that when I think of “V,” my mind doesn’t immediately go to Dracula.

The PC action-adventure game popped up on Steam this week — no release date just yet — but the developer, Stunlock Studios, says it’s planning a beta “later this year.” You might recognize that name from Battlerite if you have vivid memories of the MOBA and/or arena brawler craze in the last decade.

While the trailer isn’t that meaningful on its own, there are screenshots, too. You get your own horse! 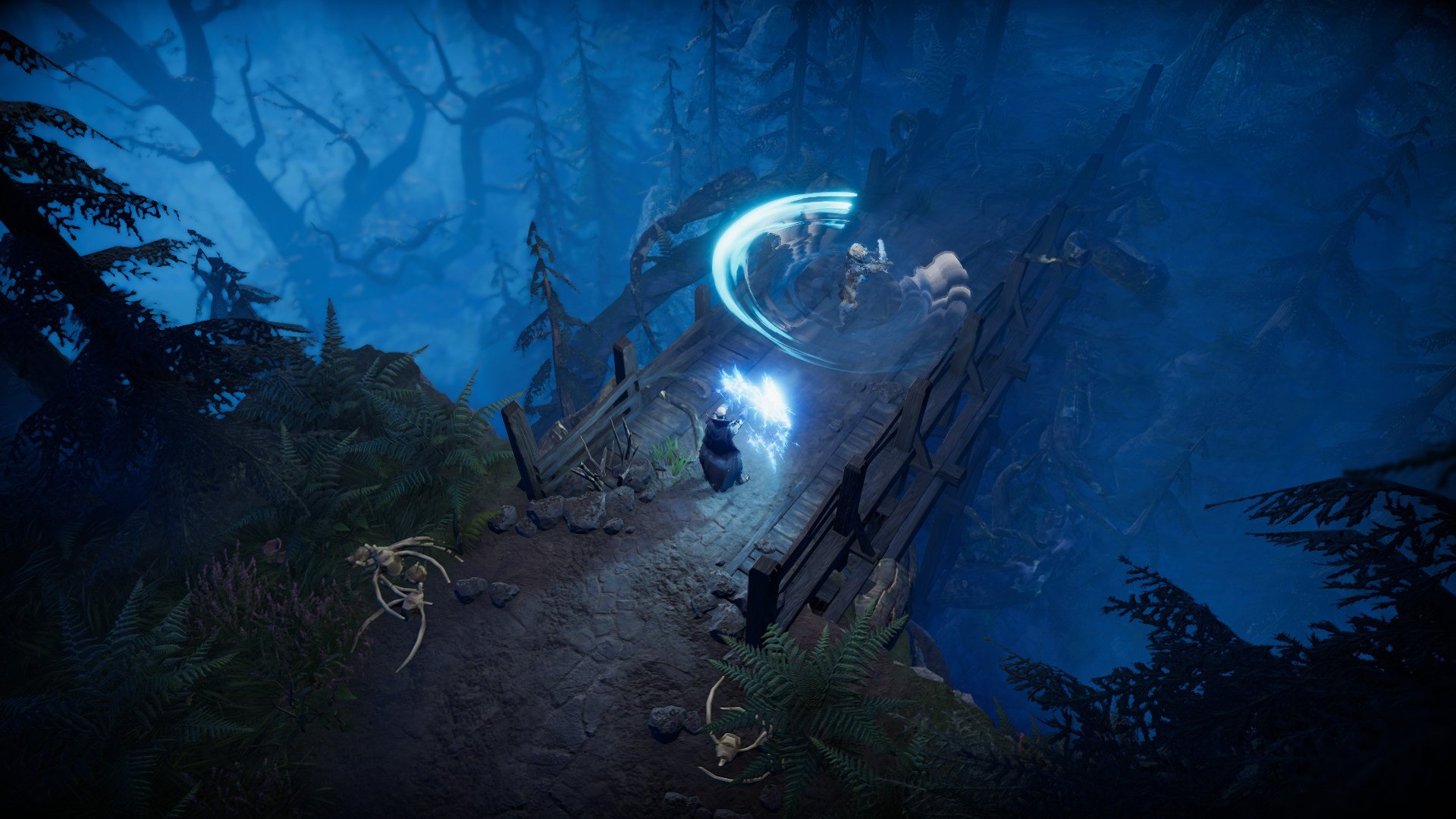 Coming off of something as combat-focused as Battlerite, I’ll have high expectations for these vampire duels.

At a glance, V Rising looks like an isometric point-and-click action-RPG — but actually, we’ll use WASD controls for movement and cursor-based aiming for skill-shots, according to Stunlock. In the context of an arena brawler like Battlerite, that gameplay style makes total sense here. It should feel good.

It also makes sense for a game that can be played “solo” but includes support for PvE and PvP. This next part will be a deal-breaker for the “single-player-only, no exceptions” crowd, but you can team up to fight beasts in co-op and raid other players’ castles in V Rising. As for the base-building aspect, you’ll collect resources and loot during your blood-starved exploits, and “grow your army of vampires.”

“We want to give players the full vampire experience of avoiding the burning sunlight, hunting for blood, and building their castle,” said marketing director Johan Ilves. “All this while competing against other players and being tracked by vampire hunters.” He also called it their “most ambitious game yet.”

Again, the trailer is more mood-setting than anything, and the screens aren’t super telling either. That said, I like the idea of this game. While there are plenty of ways it could fall short, I’ll be keeping tabs.