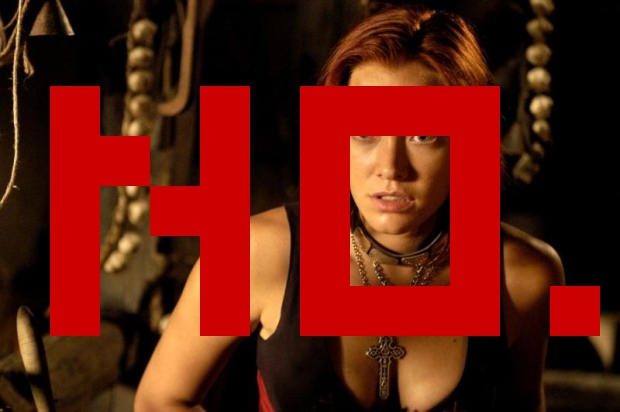 Somebody stop him, please. I don’t want to kill him, just take out a part of the brain that makes directing movies impossible or something. If Bloodrayne 3: Warhammer, a movie based on a videogame that wasn’t ever made, gets made as Uwe Boll wants to I will hold each and every person who reads this post responsible because you didn’t stop him.

What is wrong with the world that this man keeps on being allowed to make movies? The man made Kirstanna Loken in skimpy clothing unwatchable. Do you know how immensely impossible that is to do simply with bad directing? And yet he did it! Her return in this third film brings me no joy as I know that he will once again turn something beautiful into the film equivalent of burning in hell for five thousand years.

We’ve had plenty of Boll rants here (some from the man himself), so I’m going to stop now. Just make it go away, for the love of everything holy, make it stop.