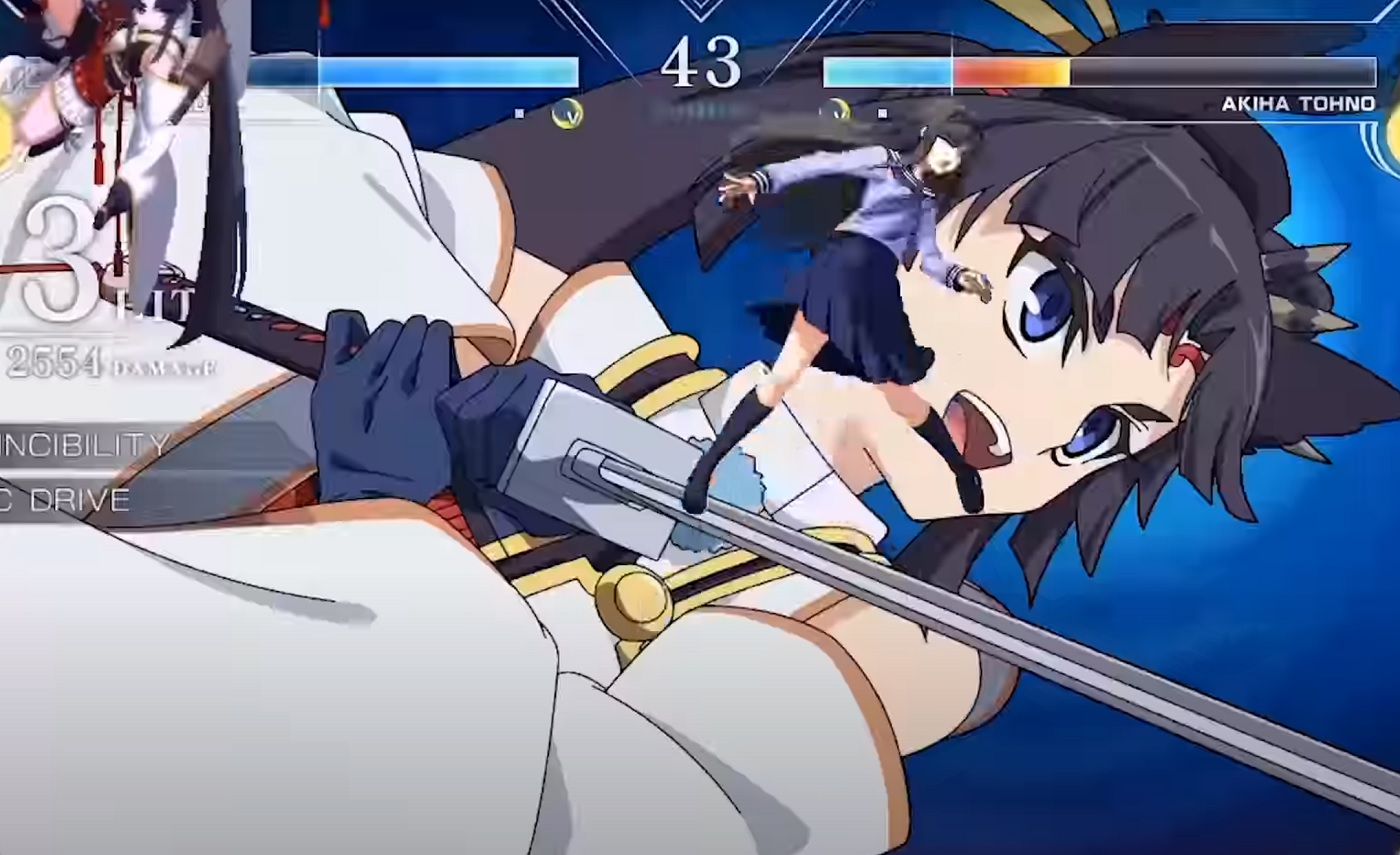 Project Lumina has some lovely news for fans of anime fighter Melty Blood: Type Lumina, as two new characters will be joining the roster as soon as Thursday, December 15 — Better yet, both Ushiwakamaru and The Count of Monte Cristo will be made available to all players absolutely free of charge!

In addition to the amusingly named two combatants, (guest stars from Fate/Grand Order) the new update will also add two new stages — the grim Prison Tower: Hall and the isolated Face of the Surging Waves — as well as brand new subtitle options for Spanish, French, Brazilian, and Portuguese players.

Titled “The Charismatic and Flawless Beauty”, Ushiwakamaru is a rapier-wielding warrior wearing a somewhat revealing kimono and sporting animalistic tendencies. This mysterious character’s trailer offers up footage of a rushdown-heavy fighter, able to close down on her opponent at lightning speed, and equipped with standard strikes and specials both on the ground and in the air.

Even in a fighter as fast-based as Melty Blood: Type Lumina, it seems that Ushiwakamaru is one of the most agile and speediest characters on the roster, with easy maneuverability around zoning tactics and launching her attack from almost any direction. And in a blinding flash of steel, hair, and raccoon tail, our furry friend is done.

The Count of Monte Cristo

“The Eternal Spirit of Vengeance from the Edge of Love and Hate”, (which is just me, tbh), brings his savvy style and destructive powers to the Melty Blood arena. A balanced fighter, The Count is a formidable foe at both long range and close distance — equipped with powerful projectiles to lockdown their foe, as well as multiple command grabs when things get a little personal.

As you can see from the brief trailer below, The Count has just a touch of King of Fighters’ Iori Yagami about him, dashing in with finger-slashing rekkas, while clutching his opponent to deliver a blast of power… Hmm… I’m seeing the “edge of hate” here, but not so much of the “love”. Nice fedora, anyway.