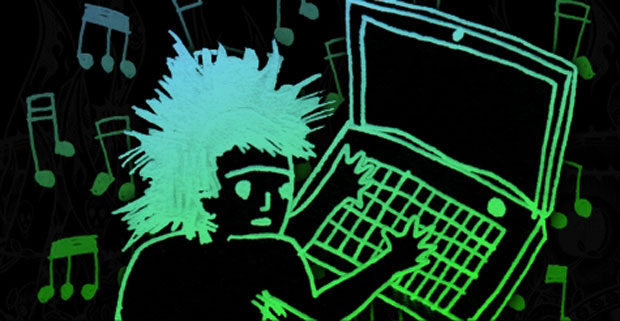 Hey musicians, are you sitting down?

MTV has announced a new initiative that will allow musicians to author and upload their own content to Rock Band, in a service called the Rock Band Network that launches later this year. Currently in a closed beta trial, the service will allow bands, studios, and record labels to create and sell playable game content from their very own master recordings, using the same in-house tools currently being used by Harmonix developers.

Once submitted, the songs go through a a review process that checks for playability, offensive lyrical content, and things like copyright infringement. Approved tracks are put into the Rock Band Network store (separate from the current store), with creators setting their own prices, which can range from 50 cents to $3 per song. Creators will then receive 30% of any sales.

Billboard has a ton of details on the service, which will launch first for Xbox 360 (as it relies on Microsoft’s XNA platform), with tracks being made available for PlayStation 3 and Wii in the future.

Harmonix has also launched the Rock Band Network site, which features videos and details on how creators (that could be you… or Nickelback, theoretically) can start working to get their music in the game.

[Update: The full press release marking the announcement can be found after the jump, and may answer a few of your questions. Let us know if anything’s not answered for you — we’ll be chatting with Harmonix’s Greg LoPiccolo about the service next week.]

The Rock Band Network Gives Artists and Record Labels Tools to Author, Promote and Sell Music for Download via the Rock Band Platform

CAMBRIDGE, MA and NEW YORK, NY – July 17, 2009 – Harmonix Music Systems and MTV Games, a part of Viacom’s MTV Networks (NYSE: VIA, VIA.B), today announced the Rock Band Network, a ground-breaking initiative that gives musicians and record labels the ability to author their own original recordings into gameplay files and sell their music as playable Rock Band tracks through the newly-created Rock Band Network Music Store. The introduction of the Rock Band Network marks a fundamental shift in the exposure music games can give emerging and established artists through innovative technologies that will open new revenue streams and promotional avenues.

“Our goal with Rock Band has always been to go beyond making music games and create a true music platform,” said Alex Rigopulos, CEO and co-founder of Harmonix. “With the Rock Band Network, we’ve evolved the platform to its next logical step, giving players access to an incredible amount of new music by putting the professional tools we use in the hands of the artists themselves.”

“The Rock Band Network enables songwriters and musicians – at any stage of their careers – to create their own paths through the interactive music realm,” said Paul DeGooyer, Senior Vice President, Electronic Games and Music, MTV Networks Music Group. “Our download store has been an extraordinary success, and it’s exciting for us to provide access to our platform through this uniquely elegant solution.”

The Rock Band Network will launch as an open beta in late August 2009 in the U.S. and provide a sophisticated toolset, with detailed documentation on how bands can begin the process of authoring songs into Rock Band gameplay files. Authors will be able to submit tracks for playtesting and peer review via a specialized Web site, Creators.RockBand.com. Potential publishers will need a membership to Microsoft’s XNA Creators Club Online in order to test and publish game content. The service will only be available to those who purchase a premium membership to Microsoft’s XNA Creators Club Online, which can be purchased for four months at $49.99 or for a year at $99.99.

Once tracks are approved, they will be transferred to the Rock Band Network Store, an in-game music marketplace where millions of Rock Band fans will be able to demo samples of the songs for free before they purchase. Songs will debut exclusively on Xbox 360 for 30 days. Artists featured in the store will be able to choose from multiple pricing tiers for individual tracks and will be compensated via a simple payment system that provides automated accounting and regular royalty payments.

Tracks for the Rock Band Network will be made available later in the fall on the Xbox 360® video game entertainment system from Microsoft. Stand out tracks will follow on the PLAYSTATION®3 computer entertainment system and Wii™ console. Joining the more than 750 tracks available to date, the Rock Band Network Store will greatly increase the amount of music available through the Rock Band music platform and further confirm MTV Games and Harmonix’s position as the leading provider of downloadable content for music-based video games.