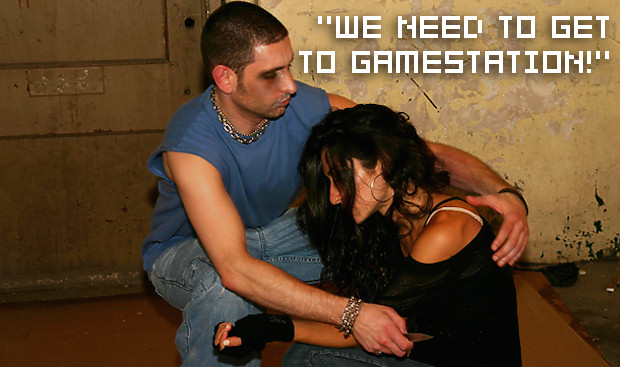 A British man was stunned after buying two second hand Grand Theft Auto games and discovering some free ecstasy tablets wrapped in plastic and slotted into the one of the game’s manuals. For some reason, 34-year-old Richard Thornhill was not pleased with his gift, instead whining about “consequences” or something, whatever those are.

“When I opened the box up, the cling film wrap fell out,” he said, as Pete Doherty wishes he came up with the same excuse. “I could not believe it. I have two children and my son plays Xbox all the time. He could easily have opened the box and found them.

“I dread to think what the consequences would have been if he had. He is only 12. He could have died. It was a pre-used game, but that should not make a difference. My wife is beside herself over this because she keeps thinking about what could have happened and so do I.”

The game was purchased from a branch of GameStation in Gloucester. The retailer and local police are now investigating the case. Meanwhile, somebody who recently traded in some games is at a rave, glowsticks in hand, kicking himself.