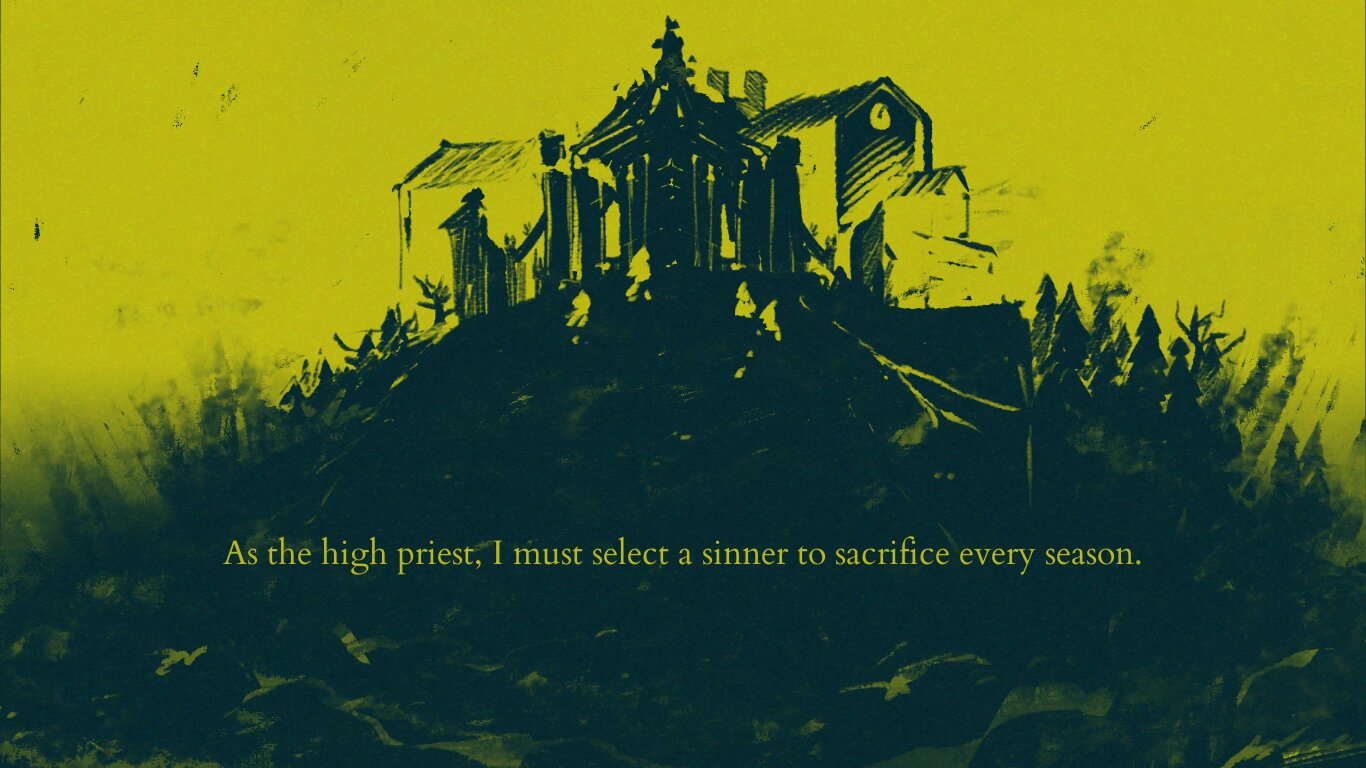 In the latest edition of the games industry’s collective campaign to release every game ever made on the Nintendo Switch, developer Kitfox Games announced that The Shrouded Isle is headed to the console later this month. That’s great news for Switch owners and even better news for any Switch owner interested in cults but scared of committing to joining one.

The Shrouded Isle is a management game with a wicked streak. Players spend their time overseeing a small island of zealots. You draft members of the community’s leading families into your inner circle of advisors and assign them to guide the population in five principal areas: religious fervor, obedience, discipline, penitence, and ignorance. The goal is to keep the community on the right path of its occult designs, but it’s never that simple.

At the end of every season, you have to select someone to sacrifice. In accordance with the religion’s code, the sacrificial offering must come from one of the advisory board members. Further complicating matters is the fact that every character in the game has a series of secret vices and virtues. Each trait impacts the community’s wellbeing and uncovering the depths of an advisor’s indiscretions takes time and careful research. A kleptomaniac is a worthy offering to your bloodthirsty god, but offering up someone who’s relatively free of sin risks angering the houses and throwing your community into chaos. Keeping a death cult running smoothly is harder than you might think.

The Shrouded Isle‘s Nintendo Switch release — available on January 17 — also includes the game’s Sunken Sins DLC. The expansion introduces a mysterious sickness to the village, which means you’ll have to stop it from spreading and infecting the entire population.

Kitfox’s management game scratches a particular itch. It’s haunting and challenging and sort of beautiful, thanks largely to the game’s striking monochromatic art style. For Switch owners looking to dabble in a bit of mystical management, it’s well worth the cost (of your sacrificed villagers).