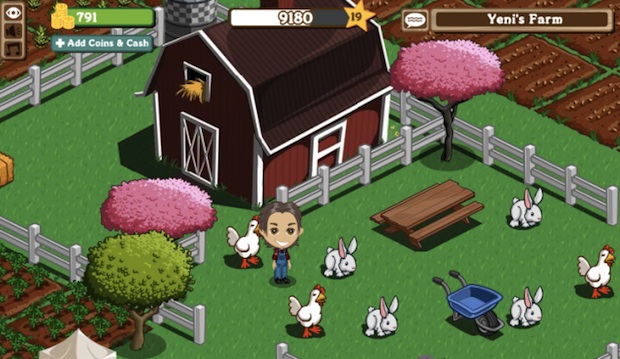 What is this world coming to? In the old days (like last week) you could use your credit card reward points to do things like get discounts on dinners or earn airline mileage. Now, through a new deal between American Express and game maker Zynga, you can use Membership Rewards to pay for virtual goods in games.

Amex users can use their rewards to pay for not-real things in games like FarmVille and  Café World now. Points can also be used for game cards. Typing “Zynga” in the keyword search on www.membershiprewards.com brings up all virtual goods for use in Zynga’s games. Here’s a sampling of what your hard-earned points gets you in Zynga games:

This is history in the making, folks. This is the first time a financial services provider has partnered up with a social game company. It’s also the first for being able to redeem rewards in a game. If you thought gaming wasn’t really mainstream, I think it’s safe to say that it is now!