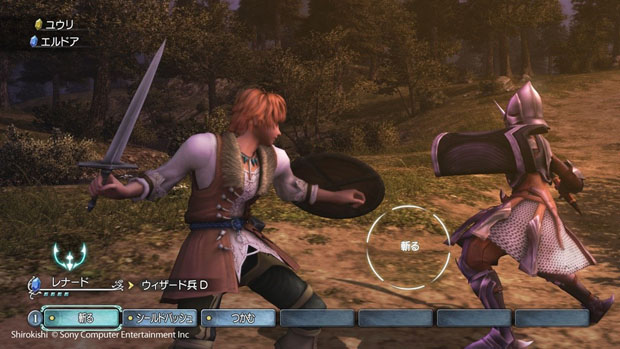 Japanese gamers have been enjoying PS3 RPG White Night Chronicles for awhile now, but what they haven’t enjoyed is the ability to speak with each other when playing online. Just typing. The good news is that voice chat may be added by the time the game hits our shores this winter.

In a chat with PlayStation.Blog, Tsubasa Inaba, producer of the US version of the game, admits that he knows that the inclusion of voice chat is important.

“We realize the necessity of voice chat,” Inaba says. “We’re trying to get this in before the release on the US market. We’re working on it.”

Inaba was also asked about worldwide multiplayer possibilities. For now, things sound iffy, but it seems that they’re working on something. No promises.

“That’s one area where I can’t commit to yet,” Inaba says. “We’re looking into it. We’re doing online testing domestically and also overseas. It is in our mindset — we’re just trying to make it happen.”

Forget talking and worldwide play! I just want this game. Now. Check out the rest of the interview with Inaba on the PlayStation.Blog.