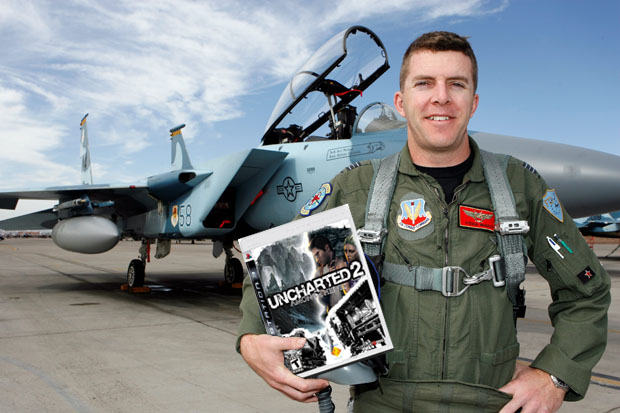 Remember “Blast Processing” from the 16-bit days? It wasn’t really a thing. More marketing, really. At the start of this current generation of consoles, I thought Sony’s Cell processor was a similar load of marketing crap. It turned out to be a legitimately powerful CPU that groups sought out for functions other than gaming. The latest group is the United States Air Force, who just purchased 2,200 PS3s. Fanboys?

They’re making a supercomputer with the systems, grouping these 2,200 systems with the 336 ones they already have in place to make one massive number crunching research machine. Information Week says that they’ve already conducted plenty of research with similar Cell beasts. Processing radar images, high-res video, and even brain-like computing have been tried. Up next? The smoothest session of multiplayer Uncharted 2 ever.

So, why Cell processors in a PS3? They’re cheap and powerful. They tried making a similar supercomputer out of multicore Xeon processors. It turned out to be a more expensive and slower unit.