Bandai Namco has revealed the third and final character headed to One Piece: Pirate Warriors 4 this fall. Urouge is the latest member of the feared faction known as the “Worst Generation” to join the musou-like’s huge roster of fighters.

Known to his friends and foes as “The Mad Monk,” Urouge is the captain of the Fallen Monks and is known for his insane and massively unnerving grin, which is rarely – if ever – wiped from his face. Like many members of the Worst Generation, Urouge is a mammoth of a man, standing literally stories above your average pirate. 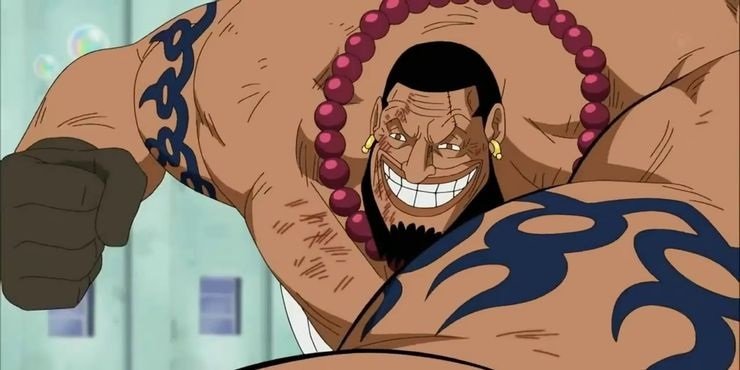 Boasting incredible strength, Urouge wanders around with an enormous stone pillar resting on his shoulder, ready to bring it down on the dome on any idiot who steps up to the plate. No doubt this primitive-but-effective technique will be featured in Urouge’s digital form.

Urouge will join the previously revealed X Drake and Killer to complete DLC Character Pass 2, which will launch on September 24. One Piece: Pirate Warriors 4 is available now on PS4, PC, Xbox One, and Nintendo Switch.