Not those kind of uppers

Oh boy. It looks like that Kenichiro Takaki, producer of the Senran Kagura series, is up to no good again, having just revealed his strange new project in the latest issue of Weekly Famitsu.

Contrary to what you might believe, Uppers, as it’s called, is not actually a game about psychoactive drugs. The PlayStation Vita brawler is actually about an island where the locals’ primary source of entertainment involves watching professional fighters beat the shit out of each other.

Also, women cheering in the audience somehow give the combatants power-ups for some reason. And players can even grab and motorboat the women, because — Wait, Jesus Christ, really?

Sigh… XSEED parent company Marvelous plans to the publish this thing in Japan next spring. 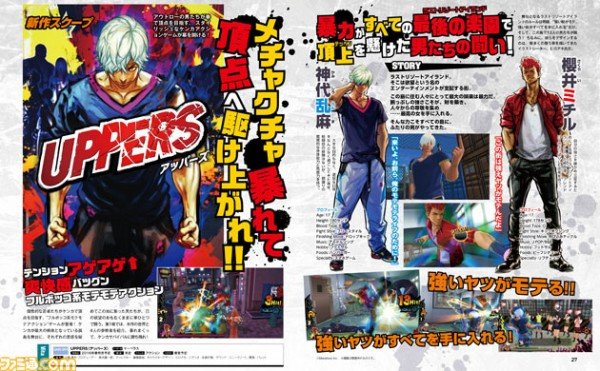