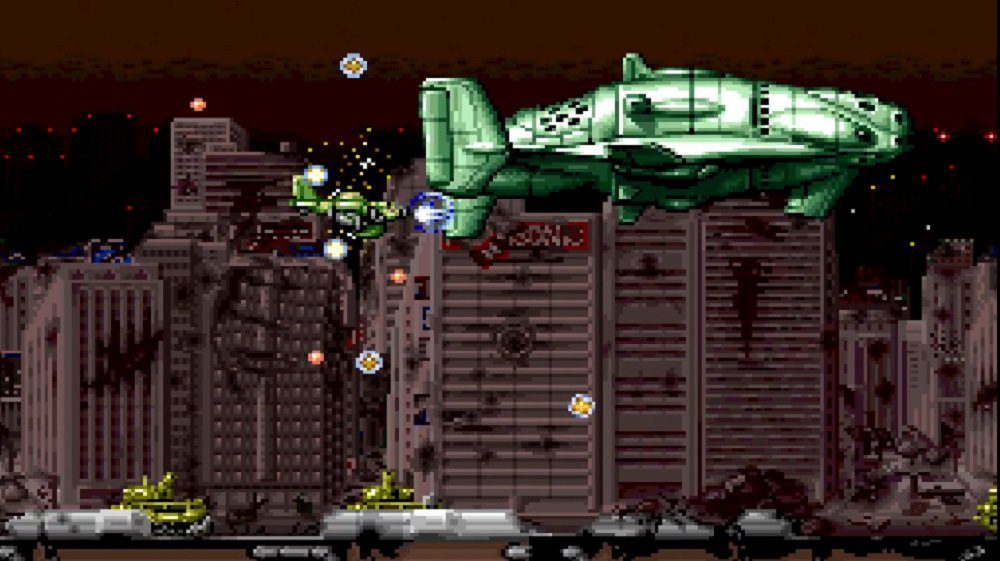 We gotta save the planet once again

Well, we’ve been talking about a lot of old-school shmups on this here site lately. Today is no exception, as Hamster has added UPL’s little-known coin-op Koutetsu Yousai Strahl to its bursting-at-the-seams Arcade Archive range.

Released to the Japanese arcade scene in 1992, Koutetsu Yousai Strahl (or “Steel Fortress Strahl“), has a surprisingly complex and topical plot. The backstory involves a world ripped apart by political upheaval, unemployment, and poverty. Amidst the chaos, a megalomaniac scientist takes fight in his flying fortress, before attacking the planet with his army of drones, droids, and giant robots.

You can check out the action below, courtesy of this video from YouTuber Game TV Street.

Manning high-tech jet fighters known as the Aizerun Geist, one or two players take flight on a mission to take down the nefarious Dr. Funkerun and his flying fortress. Players can kit out their fighters with a selection of main and sub weapons, interchanging the arsenal between stages as best suits the battle.

Koutetsu Yousai Strahl is available to download now on PS4 in Japan and Nintendo Switch worldwide.