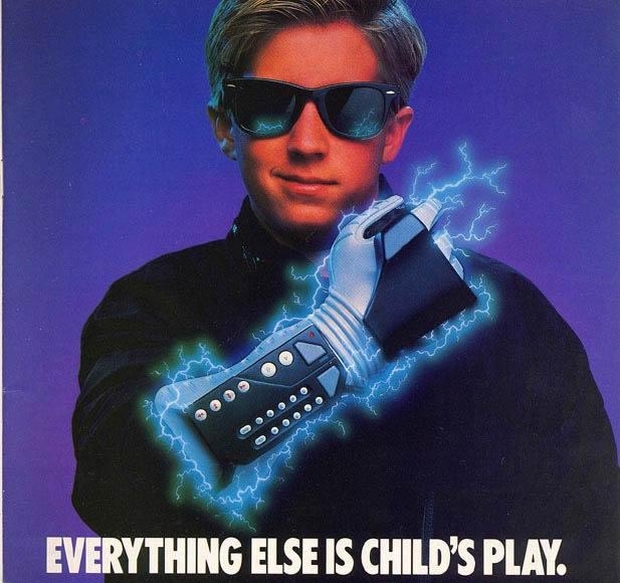 I always find it funny how Nintendo has come full circle with a number of their products. They introduced the Power Glove back in 1989 which had very primitive motion controls. Now we have the Wii and it’s currently the best selling console, thanks in part to the motion controls. Hard to believe it’s only been 20 years since the creation of the “baddest” controller of them all.

Matt Mechtley, who’s worked on games such as Off-Road Velociraptor Safari and Minotaur China Shop, wanted to celebrate the twentieth anniversary of the Power Glove by making one that could actually work. He added an arduino, an accelerometer, a bluetooth modem and with a picture of Macgyver by his side at all times, made the new and improved Power Glove. Matt also had to make games that could actually work with the Glove, so he modded an iPhone boxing game that he’s currently developing to show that the new glove can work.

If you’d like to make your own Power Glove 2.0, then check out the the schematics, the video walk through (after the break) and an Intructables that Matt has provided.