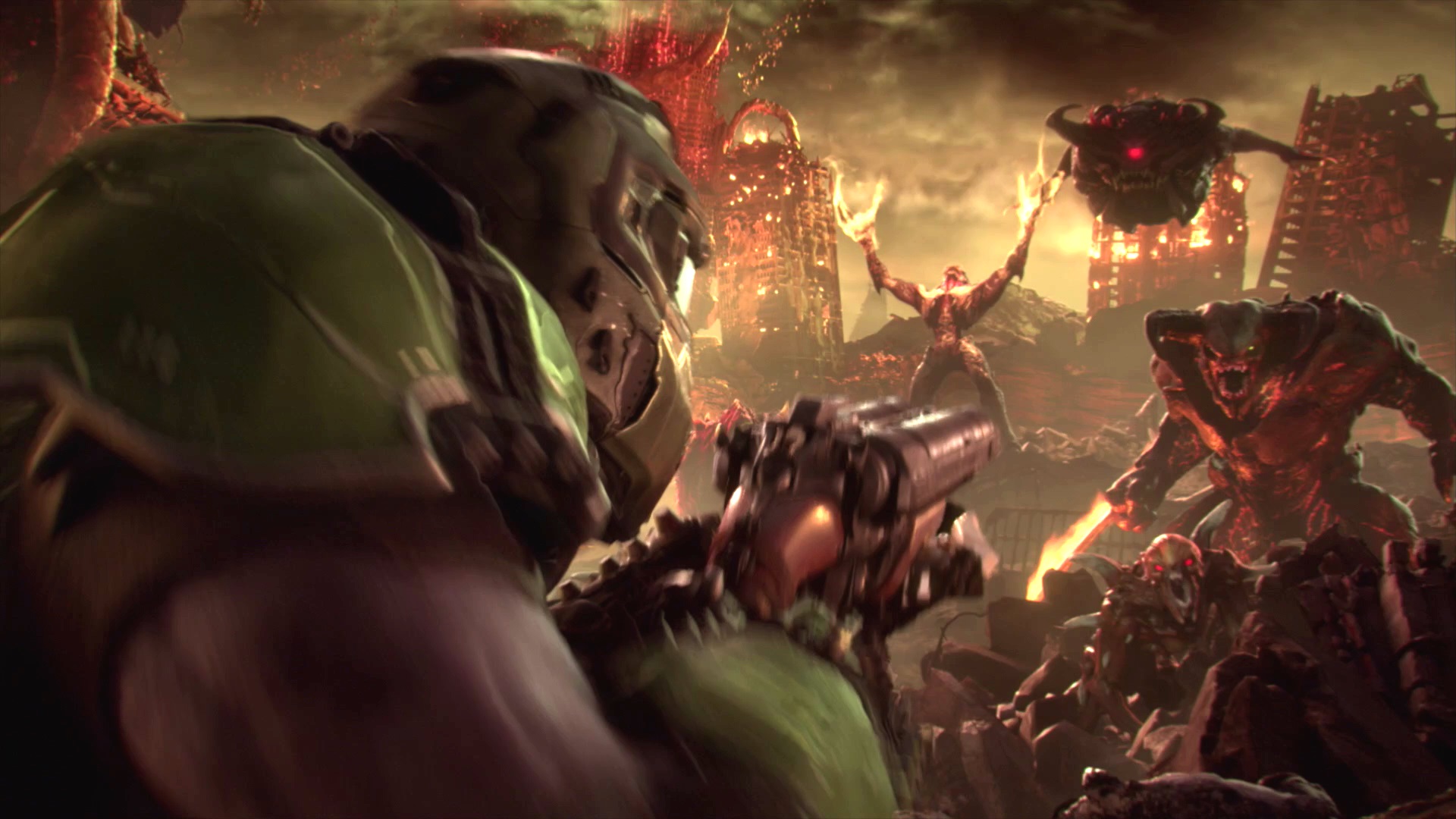 [Update: After noting that this was the “biggest QuakeCon yet,” Bethesda unleashed the footage, which you can view below. Doom Eternal is directed by Marty Stratton, who also helmed 2016’s Doom, and will feature upgrades for the protagonists including new guns and a tool that functions like Link’s hookshot from The Legend of Zelda. Oh and there are swords now.

There are “twice as many enemies as last time” including one that has a mysterious link to the hero. “Invaders,” are also a thing, which involve player character demons in a Dark Souls PVP fashion. It basically looks like more Doom 2016 with a hookshot — I’m into it!]

Bethesda rocked the world with several of its announcements at E3 2018, but a few of those bombshells did not come with any elaboration or most importantly: gameplay. We learned that a new Elder Scrolls was coming and got a screenshot, and that their first new IP in years was in the works and also got very little on that front.

The same goes for Doom Eternal. Announced with a CG trailer that could have been for any Doom we were told that we’d eventually get the goods at QuakeCon, and here we are on August 10 — the stream will be going live shortly at 12PM ET.

This isn’t your typical game reveal. Gameplay for Doom Eternal will be shown off for the first time amid the actual QuakeCon keynote, so expect more info to unravel as the event starts.