[Update: Sega have cut their losses and decided to officially reveal Team Sonic Racing, which launches this Winter on PS4, Xbox One, Nintendo Switch and PC. A new teaser trailer has been uploaded, which you can check out at the foot of the article.]

Retailer Walmart got a little ahead of itself last night, opening up a new listing online for Sega’s new Sonic the Hedgehog title, which was planned to make its grand debut soon. We all knew what it was anyway, but now, Team Sonic Racing is officially a thing.

The product listing – for the Nintendo Switch version of the title – also lists a whole host of features coming to the rubber-burning release. Team Sonic Racing will feature 15 class-based characters from across the Sonic universe, customisation options for your vehicle’s appearance and performance and, apparently, a Story Mode. 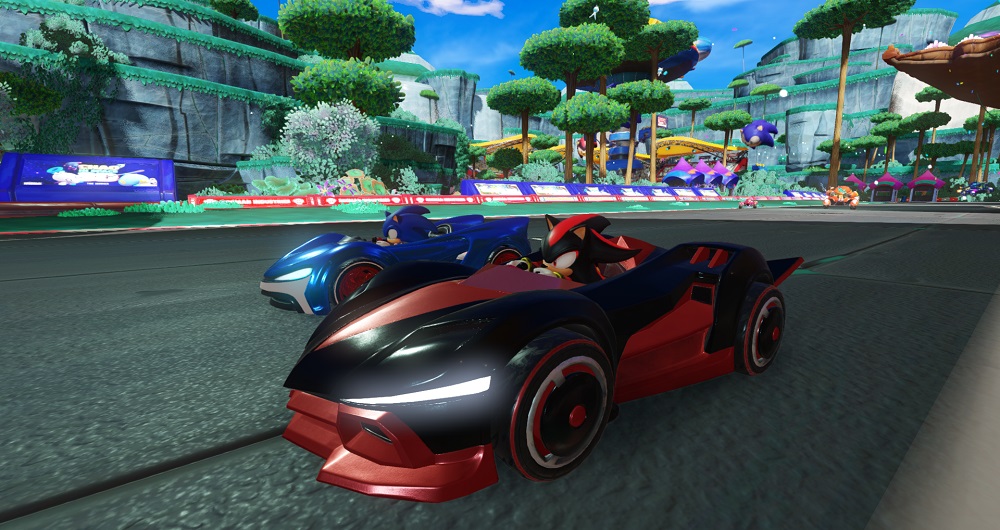 It also appears that the “Team” element of the game’s title will be emphasised, with the game encouraging players to “Race as a team, win as team” before going on to mention Team Specials and Team Ultimate maneuvers. The game’s online and co-op modes will support 12 players and feature four player split-screen.

This is good news, as recent Sonic racer titles have been great. Unfortunately it clearly looks as though this game is strictly limited to the Sonic universe, not a crossover title ala the excellent Sonic & Sega All-Stars Racing Transformed. That’s disappointing. But hopefully Team Sonic Racing will still capture the addictive hi-speed action of its predecessors. I’m sure we’ll be hearing more about this upcoming racer very soon indeed.