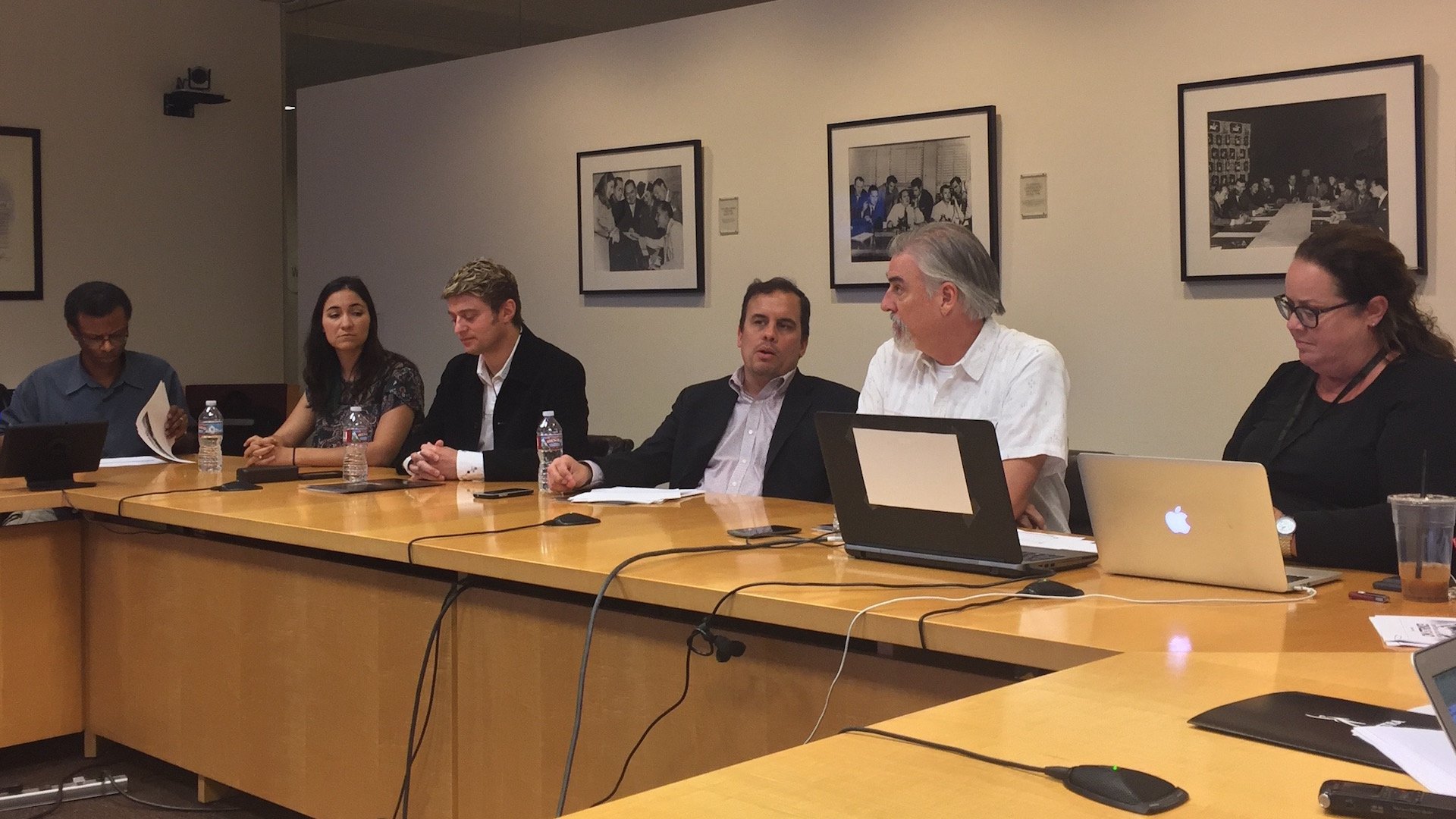 Insomniac, Activision, EA, and 2K among those affected

[Update: Sam Singer, a communications operative speaking on behalf of the negotiating video game companies, sent Destructoid an email regarding the claims made at the SAG-AFTRA roundtable. “The Companies are impressed and appreciative of the research and investigation the union did on vocal stress and had agreed to work together on addressing the issues before union leadership rashly decided to strike, rather than allowing their members to vote on the package,” Singer told us. “SAG-AFTRA never made a specific demand on stunt coordinators, so that claim by the union is incorrect.”

He also claimed that “only about 20-25% of video games use union talent,” a claim previously addressed and dismissed by Rodriguez during the roundtable. We’ve sent a request for comment to SAG-AFTRA regarding the stunt coordinator clause and the percentage of video games that hire SAG talent, and will update the story as necessary.]

After “the longest negotiation in SAG-AFTRA history,” voice actors affiliated with acting guild SAG-AFTRA began a strike affecting video game publishers and developers, starting today, October 21. Any game in production that has not hired voice actors before February 17, 2015, will be part of the strike. Games that began some form of production before the date but only hired voice talent after the date passed will be struck.

Affected video game companies include Activision, Electronic Arts, Take-Two (2K Games), WB Games, and Insomniac Games, as well as voice acting producers Disney Character Voices, Blindlight, Corps of Discovery Films, Formosa Interactive, Interactive Associates, Inc, and VoiceWorks Productions, Inc. Other companies like Ubisoft and Square Enix will not be affected, as they are not part of the video game companies negotiating against SAG-AFTRA.

Destructoid attended a media roundtable at SAG Plaza earlier today, where representatives from the SAG-AFTRA Interactive Committee explained the reasoning behind the strike. SAG’s primary goals have changed very little since the conversation went public last September: the committee is looking for guaranteed stunt coordinators at motion capture sessions, hazard pay and shorter shifts for intense recording sessions, information about the project once the voice actor has been booked, and a choice between higher upfront payments or post-release royalties based on sales.

The group insisted the negotiations were not primarily motivated by money, as some have claimed, but instead center on respect and safety. “We’ve done nothing but invite them to recognize what is important to our performers,” said Keythe Farley, a voice actor/producer and the chair of the SAG-AFTRA Interactive committee. “We do view the producers and developers as our partners.”

“This was never [motivated by malice], it was about better collaboration,” said voice actor Crispin Freeman. “We’re hurting — literally. Our voices and bodies are hurting. If I’m working on a major military game, I’m screaming for four hours. Even the best of us can damage our vocal chords.”

Stuntperson and actress America Young agreed, speaking to the need for an on-set stunt coordinator for motion capture work — not just so mo-cap actors can safely perform, but also so concerned voice actors can speak up about potentially dangerous work without fear of endangering their job. Young recalled a specific instance about an actor with a “back problem” who showed up for work, unaware that they were set to perform stunts. The actor was injured as a result, and had to be replaced.

Young also spoke about the “transparency” clause, where actors would need some form of confirmation about the nature of their project before a contract could be signed. Curiously, as a motion capture artist, she’s never had that problem. “I always know what the game is from my first day of work,” Young said. “I’ve never not known what game I was working on.”

Conversely, Farley says he was never told that he was working on Fallout 4 during his time recording lines for the game, and that he was only told the game was “big.” He worked on the game for over a year and a half. “Almost always, we are asked to sign an NDA. I know we talk for a living, but we’re good at keeping our mouths shut,” Farley said.

I brought up the famous Kotaku Fallout 4 reveal story, where the game’s existence was leaked by casting call documents sent out to potential talent, and asked if SAG had any plans to crack down on voice actor-related leaks. In response, Farley said that SAG was only looking for confirmation after the voice actor had been booked, rather than during the audition process. They were willing to accept a verbal confirmation to the voice actor’s agent at the least, and were fine with signing non-disclosure agreements.

The video game companies involved in the negotiations claim they have acquiesced to most of the guild’s demands, offering a 9% upfront increase in salary, as opposed to the previous yearly 3% increase over three years. According to a release published by representing law firm Barnes & Thornburg, “the one significant difference between the parties is the terminology the Video Game Companies are putting on the ‘additional compensation’ they have offered. SAG-AFTRA is insisting that this money be called ‘contingent compensation.'”

Ray Rodriguez, chief contracts officer for SAG-AFTRA and lead negotiator, disagrees with this assertion. In an information packet handed out to roundtable attendees, SAG claims that “[The companies] offered to put more tea and water in the booths for the actors in response to our concerns about vocal safety — something they already do and this doesn’t resolve the issue or protect the actors,” the packet says. However, Barnes & Thornburg claim the two sides “had collectively made progress before the union strike on issues of vocal stress, stunt coordination, and transparency in their negotiations.”

(We’ve asked the firm representing the video game companies about this clause, as well as the other points, but it has yet to respond.)

Now that the strike has begun, these in-production SAG-AFTRA games will be affected, like the Crash Bandicoot remaster, while these in-production games will not. Almost all of the unaffected games are currently operating under codenames, except for Mass Effect: Andromeda. Days Gone is also on the unaffected list, under the working title Dead Don’t Ride. Any unaffected game will not be able to produce downloadable content, as that would require a new voice acting contract.

Independent developers and developers not negotiating with SAG-AFTRA are free to hire voice actors under the SAG-proposed agreement. When asked if concessions were possible for indie devs, especially those concerned about having to exclusively hire SAG talent, Farley told us that a special contract exists for developers working at or under a $250,000 budget, and the Interactive Committee hoped to eventually scale up for indie developers working at higher budgets.

As part of the strike, SAG-AFTRA will organize a picket outside of Electronic Arts’ Playa Vista offices for Monday, October 24, at 10:30 AM. Destructoid will be reporting live from the picket line, which is something I never thought I’d get to say working in video games.