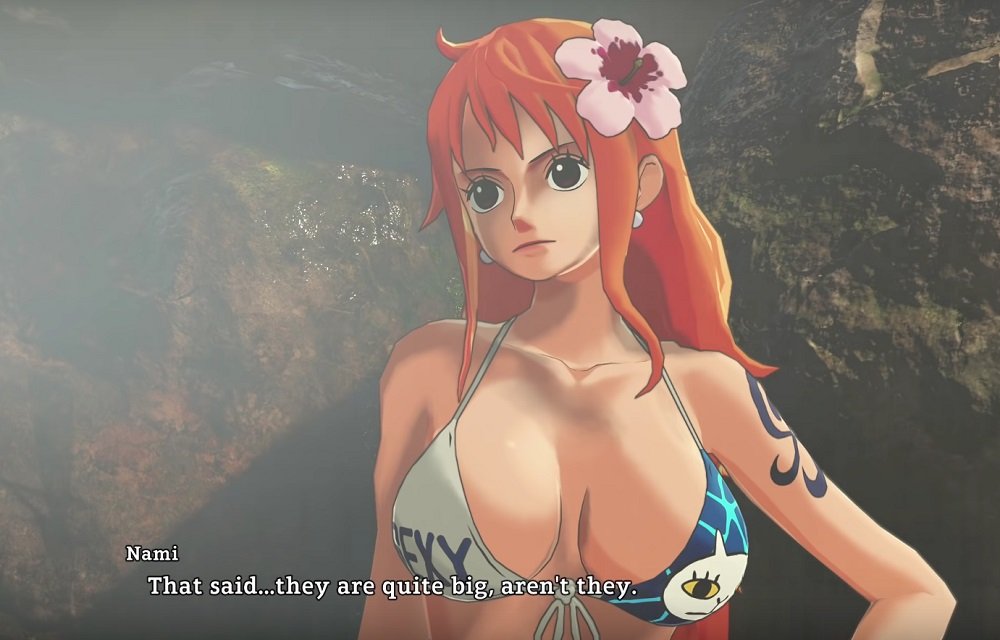 [Update: It has been confirmed that “The Phantom Remedy” will not be made available on ANY formats in North America, not just PS4. This removes the possibility that Sony themselves chose to censor said quest, if it was indeed censored at all.]

Speaking with Twinfinite, Bandai Namco has announced that the North American version of anime adventure One Piece: World Seeker will not be receiving the “Hot Springs” DLC mission, The Phantom Remedy. This quest was previously a pre-order bonus in Japan, and was made available in Europe through the Ep!c Rewards Club.

Though specific reasons were not stated, it should be noted that the mission in question includes scenes of Robin, Nami and other Straw Hats ladies lounging in swimwear, while teasing each other with lame jokes about their bust sizes. Though it should be made clear there has been no confirmation that this lead to the quest being made unavailable on PS4 in the States, it’s a fair enough theory, given Sony’s new censorship rulings on sexually suggestive content.