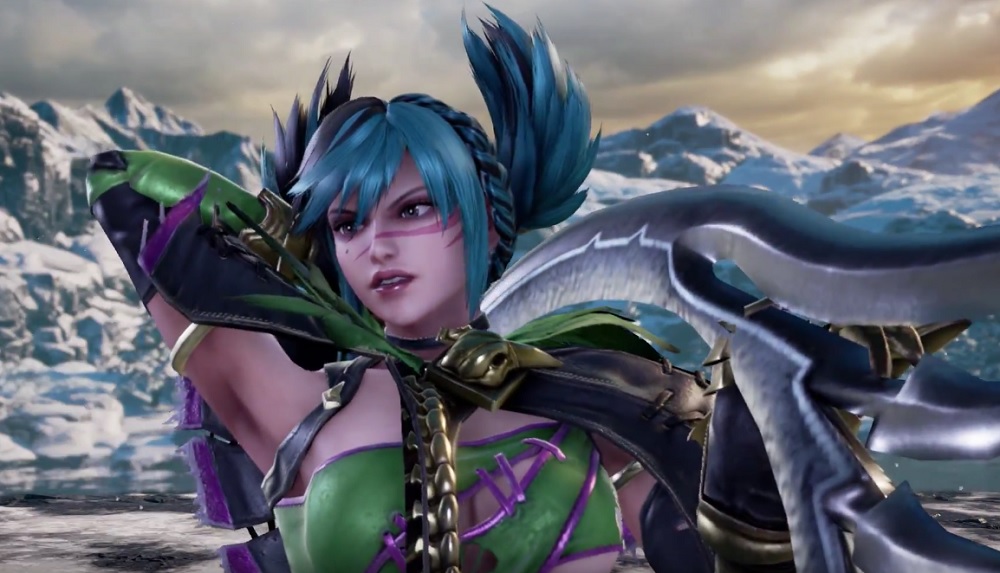 Bringing her big hula hoop too

[Update: After mixed messages, Bandai Namco has confirmed that Tira can either be purchased as a standalone, day-one, DLC character, or comes as a bonus character to those who buy the Season Pass, whenever it is purchased. So you get Tira as a “free bonus” when you commit to the Season Pass, or you can buy her separately on day one. You do NOT get Tira for pre-ordering Soulcalibur VI. Bandai Namco apologised for the confusion.]

Bandai Namco has announced that Juri Tira has staked a claim on the Stage of History, and will be heading to Soulcalibur VI as a pre-order bonus, or a standalone paid DLC character.

An exciting new trailer features “The Bird of Death” getting down to business with her trusty weapon, Esserine Drossel, which is essentially a bladed hula hoop. A dangerous assassin with a flirtatious nature. Tira’s immaturity belies a deadly intent and a fast, close-range fighting style that can chop up an opponent in seconds.

I’ve seen a lot of comments calling for Tira during recent character reveals for Soulcalibur VI. The good news is that you have your girl, the bad news is that she is only coming in as DLC. Tira will arrive in game for free for those who pre-order SCVI, or will be purchasable as a standalone character, much like Eliza in Bandai Namco’s Tekken 7.