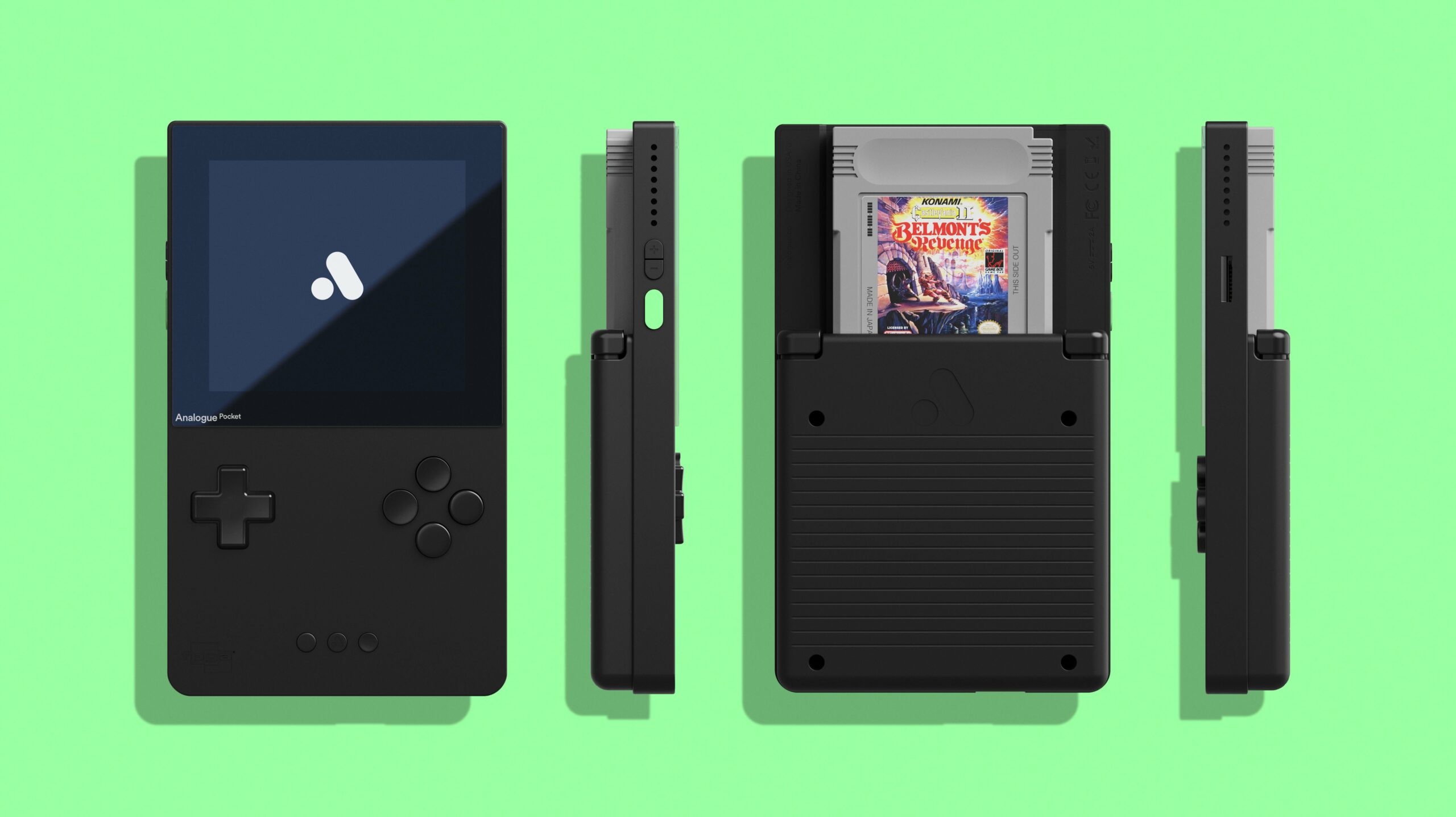 [Update: Pre-orders have sold out, as per Analogue, but the company will be “producing more,” so they could open back up again in the future.]

Late last year we covered the announcement of the Analogue Pocket: a device that could play “nearly all classic portable games,” and it immediately caught my attention.

As a retro collector with over 50 portables to his name it’s a pain to juggle them all when I want to re-experience retro games, but the Analogue Pocket admirably tries to solve that annoyance. While a lot of details were scarce beyond the technical stuff (3.5 inch 615ppi LCD, sporting a 1600×1440 resolution, all buttons can be mapped, there’s a micro SD card slot, a 3.5mm headphone jack, and the lithium ion battery can be recharged), we now have a solid release date and a price for the deck.

Revealed today by Analogue, the dock will run you $99.99, with the device still hitting that $199.99 mark from the original announcement. Pre-orders will open up on August 3, and the device will actually arrive in May of 2021. Analogue says that this far-off date is “due to the unfortunate state of global affairs and supply chain challenges outside of [their] control.”

Beyond that, the scope has changed a bit. The Pocket’s start, select and home buttons have been moved down a bit for “comfort” and the dock USB-C insertion point has been recessed a bit to make it more stable. The Pocket also sports a sleep/resume function, as well as four controllers through Bluetooth, 2.4g and wired USB and device-to-device linked-up multiplayer (bring your own cables).

It all sounds better the more I hear about it. While it’s a ways off, I’ll be ready for it.