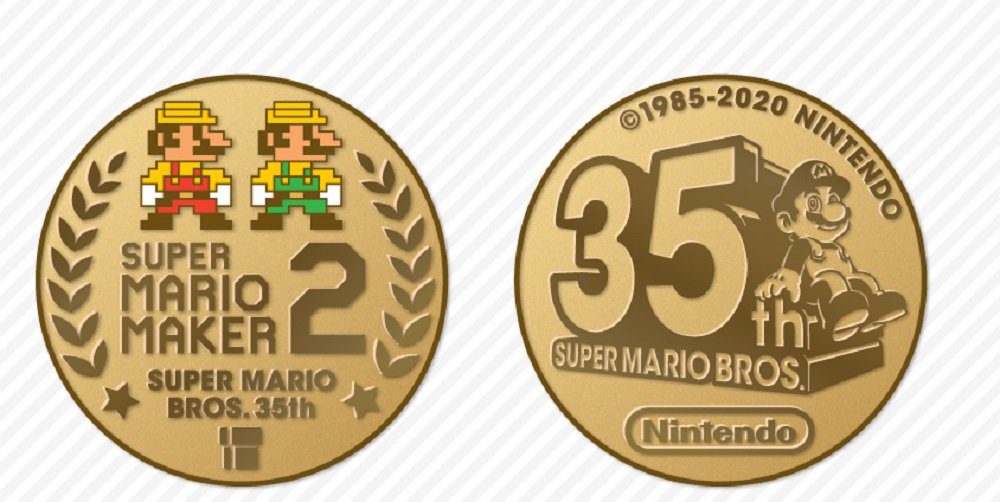 You need to place in the top 35

[Update: The course is live! Just log into Super Mario Maker 2, go to “play,” then “course world,” then locate “35th Anniversary Auto-Mario.” If you can’t find it, bring up the news reel: it’ll be the latest update. Or, locate it at the bottom of the main Course World menu under “Ninji Speedruns.” To complete it (and thus, complete the mission), all you need to do is stand still. Of course, that won’t get you the top time necessary for the coin reward.]

For weeks now I’ve been waiting for the 35th anniversary auto-Mario Ninji speedrun event to actually hit, and today, the day has come.

As a reminder, Ninji speedrun is a mode in Mario Maker 2 that periodically drops first-party levels into the game that players can literally speedrun. Completing a stage will then plop little Ninjis into subsequent runs, which are basically “ghosts” of other competitors, similar to classic time trials in other games. It creates an intense atmosphere where you’re racing the clock.

There’s a bunch already available that you can run for fun, but tonight at 6PM PT, Nintendo is dropping a special map with a real-life reward. If you place in the top 35 (a feat!), you can net an actual Mario commemorative coin. The front showcases the 35th anniversary of Mario, while the back shows off Mario Maker 2‘s logo, as well as Mario and Luigi in color.

You have until November 24 at 6PM PT to get your score in. Now this is important: make sure you specifically sign up for the challenge on Nintendo’s site. You can play Super Mario Maker 2 separately if you want, but registering for the event will ensure that you’re good to go.

Double-check your mission list to ensure you entered here. Oh, and don’t forget to click a button and enter the “My Nintendo Super Mario Sweepstakes” too while you’re there!