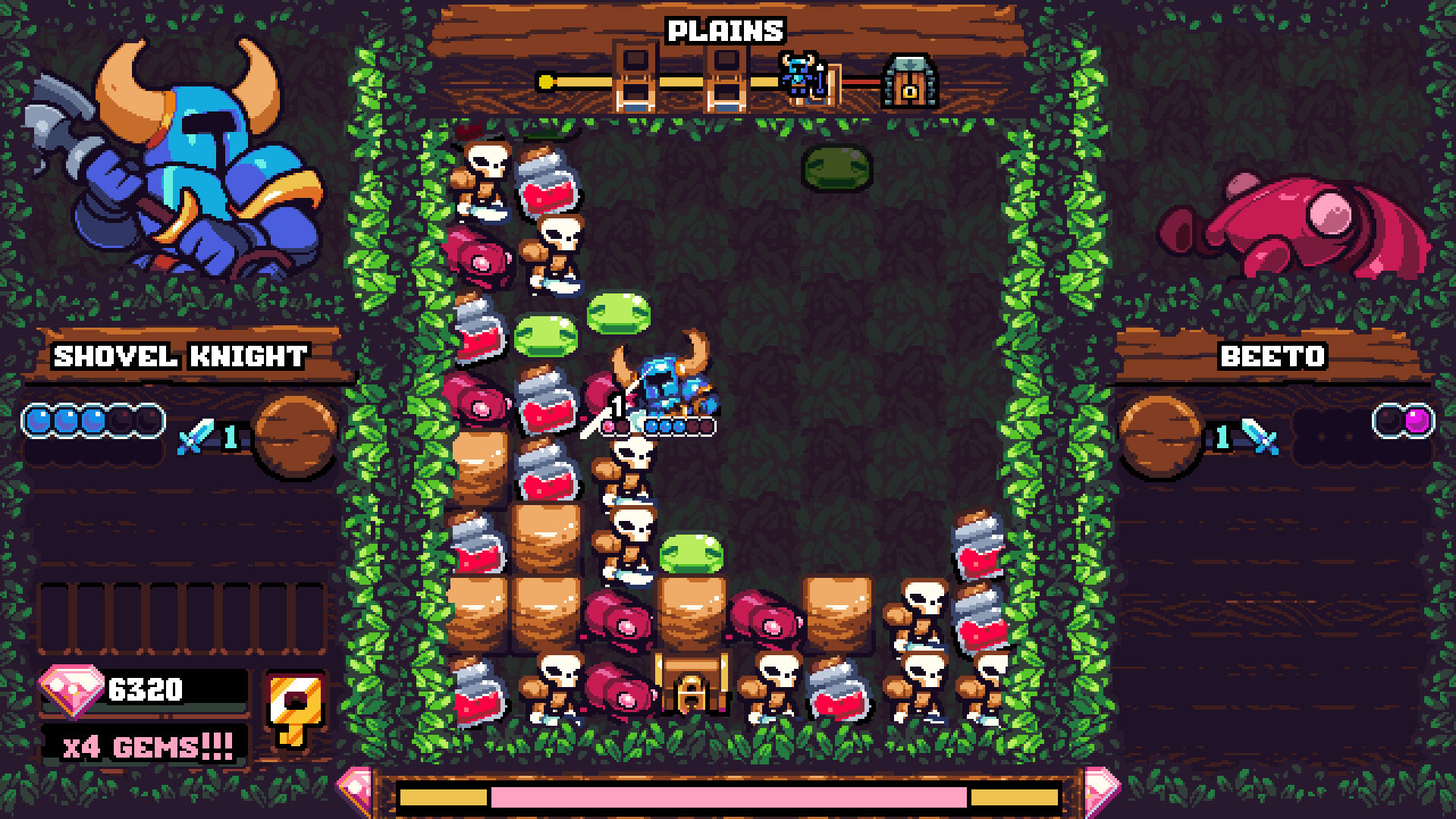 [Update: In a follow-up blog post after the stream, Yacht Club Games confirmed that the other Shovel Knight spinoff, Dig, wouldn’t arrive until “next year.” So while Pocket Dungeon was announced months after Dig, it will beat it to market.]

Yacht Club Games is becoming one of those studios that you need to constantly keep an eye on. Their previous Nintendo Direct-like presentation delivered with several new game announcements, and this second one, which aired this morning, is similarly delivering.

The studio has just revealed Shovel Knight Pocket Dungeon, which is being described as a “roguelite puzzle game hybrid.” Taking a page out of games like Puyo Puyo or Puzzle Fighter, the game puts you in the shoes of a Shovel Knight avatar as you traverse dungeons comprised of puzzle pieces, acquire upgrades and fight bosses. It’ll also feature a competitive versus mode on top of a story campaign, and “more” ways to play are teased.

This is a joint project between VINE and Yacht Club Games, similar to the collaboration with Nitrome for Shovel Knight Dig. Shovel Knight Pocket Dungeon will debut this fall on PC, PS4, Xbox One and Switch. Man it feels good to type out a Nintendo system constantly in announcements like this: it was the complete opposite in the Wii U era.