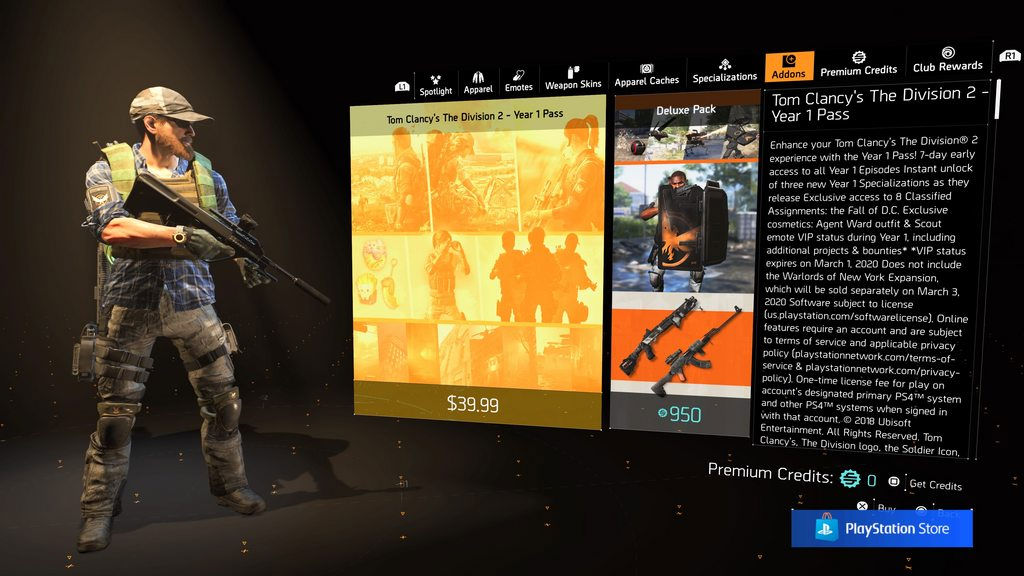 [Update: And it’s confirmed! You can check out official gameplay by way of the video below.]

Ubisoft is going hard on Year 2 of The Division 2, and it looks like a major expansion is imminent.

Uncovered by the folks over on the Reddit community (which involves information scrubbed from PSN and Xbox Live), the expansion will sport a “gripping new story” involving a new nemesis, as well as a level 30 boost (similar to other MMOs that provide level boosts for new or returning players), a new New York open world, an updated level cap (40), more gear and an “extended endgame,” that will branch off of three month seasons.

An “Ultimate Edition” has also been uncovered, which includes an “instant unlock for all six endgame specializations), three item packs (Battleworn Secret Service, First Responder, Elite Agent), eight exclusive classified assignment missions, and an exclusive emote/outfit. If you buy it before April 3 you’ll get a level 40 weapon and outfit.

The expansion is expected to arrive on March 3, and you can watch the official reveal here at 2PM ET. As a reminder, the game is currently on sale for $3 on Xbox Live for 13 more days.