[Update: The Last of Us developer Naughty Dog has released a statement regarding the recent plot leaks on its official Twitter. To avoid the possibility of encountering spoilers in said tweet channel, the statement has been reprinted below.] 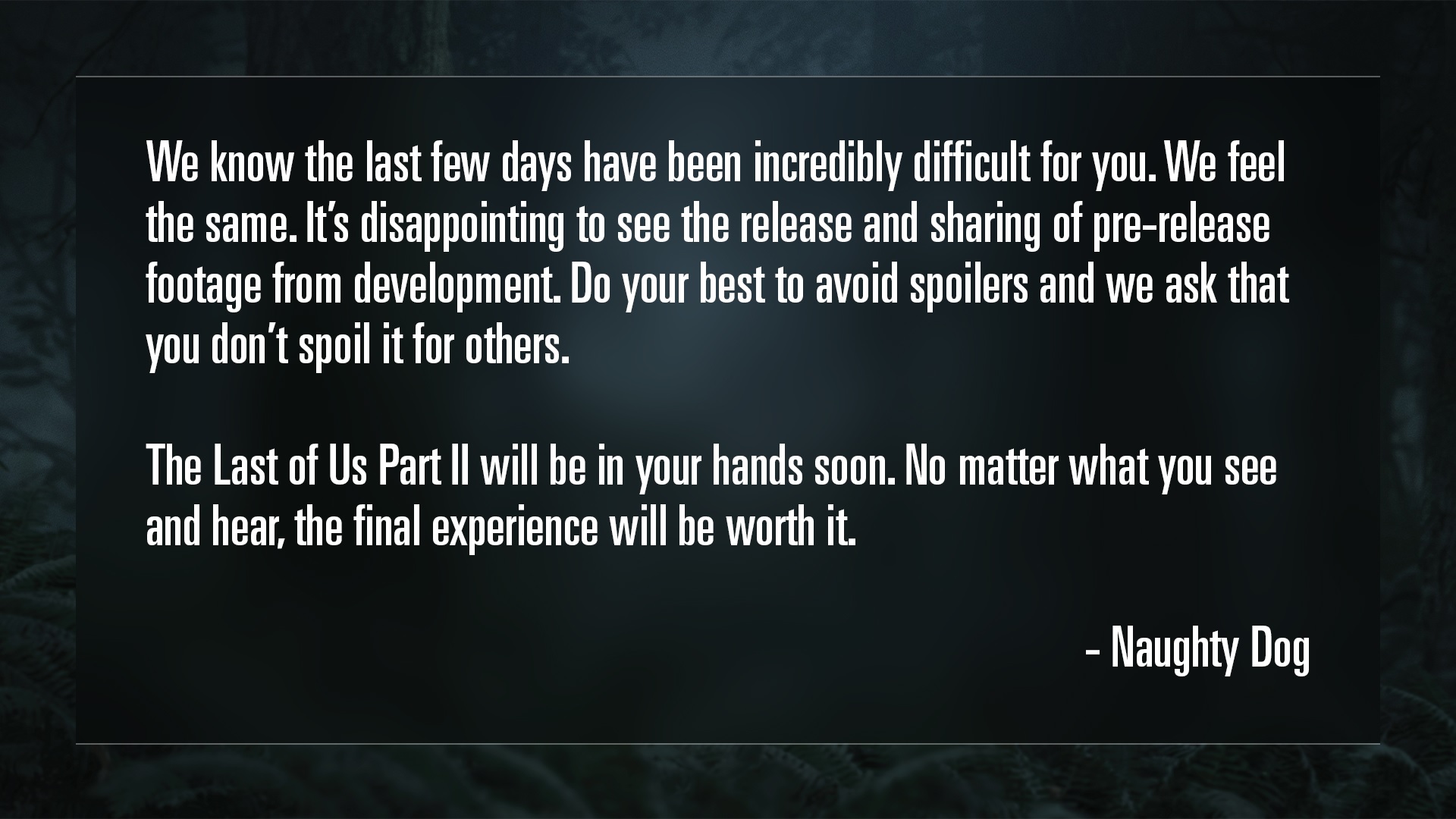 Sony Interactive Entertainment has confirmed release dates for two of its biggest upcoming PS4 releases. Naughty Dog’s long-awaited sequel The Last of Us Part II will launch on June 19, while Sucker Punch Productions’ Ghost of Tsushima will follow on July 17.

“As our teams at Sony Interactive Entertainment and Worldwide Studios approach development milestones and confront a world changed by COVID-19, we find ourselves having to adapt to today’s ever-changing environment,” reads a statement on the PlayStation Blog. “Amidst some disruptions to our working styles, we wanted to provide an update to PlayStation gamers who are eager to learn when our next exclusive titles will arrive to PlayStation 4.”

Readers will recall that both The Last of Us Part II and Ghost of Tsushima were delayed due to the ongoing COVID-19/coronavirus pandemic. But it appears that SIE is now confident that it will be able to deliver both of these highly-anticipated titles to PS4 fans this summer. Be warned that The Last of Us Part II has recently had its full synopsis leaked online. We kindly ask our readers not to discuss said spoilers on site.