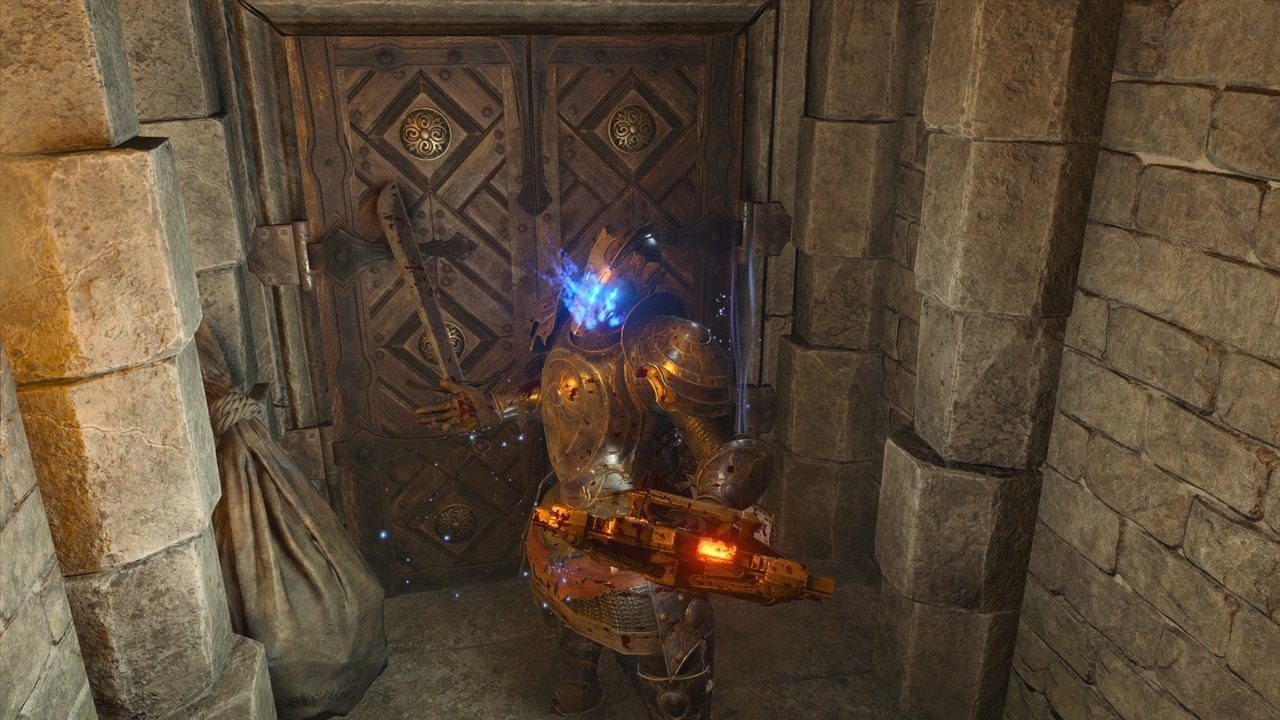 [Update: Bluepoint Games seems to be having a little fun with us. On Twitter they posted a “wish you were here” message, complete with the secret area in question. Take a look below! The phrase in the tweet, “A symphony of rumors” could be a clue as to the answer.]

[Update 2: Speedrunner Distortion2 was the first person to publicly open the door.]

Folks are tearing through the Demon’s Souls remake and lo and behold, just like Bluepoint’s Shadow of the Colossus re-release, there’s an added secret.

Read on for very vague minor spoilers on the whole debacle.

Spotted by Reddit user Cosmic-Vagabond and confirmed by Destructoid above, there seems to be a new door in the game’s “1-3” region that states “it appears to be locked” when interacted with.

To get there, just load into 1-2 (the Tower Knight waypoint), then head into the door leading to 1-3. Walk past or kill the two dogs, then veer right (away from the critical path), like you’re rescuing Yuria (you must have the Bloody Iron Key first). Instead of heading down the Yuria path (to the left), continue down the alley until you hit a door behind an illusory wall. That’s it.

There are a few options I’ve surmised:

Community members also think that it might protect the original fluted armor set: which was redesigned in the remake (you can get the helmet as a drop for defeating the tutorial boss). There’s an item drop that players can see using photo mode: which could include multiple items. Or it could be the start of a new zone.

As for how to open the door, beyond those two above theories, fans believe that the “gold coin” item (which was also a factor in the Shadow of the Colossus remake secret) might be at play; or it may have to do with world tendency. Someone has already tried to open it with a Platinum trophy and failed. I’ve tried the “full Blue Knight armor/sword/shield” theory, and it didn’t work either (I took a screenshot of it above): this was on NG+ (one completed run).

Good luck! I’m going to try some things as well: this is the sort of Souls community effort I can get behind.