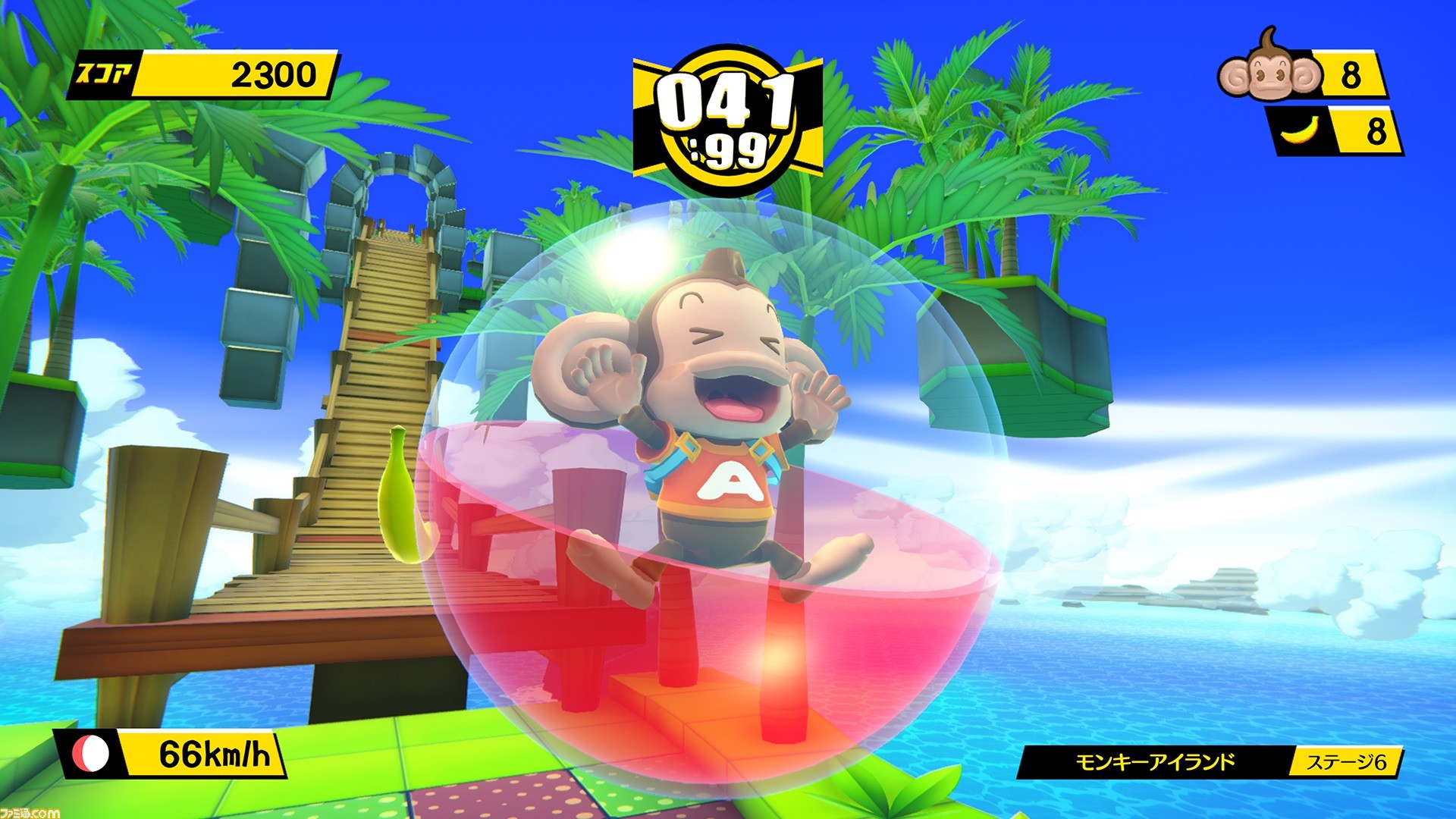 [Update: About an hour after this went live, Sega confirmed that Super Monkey Ball: Banana Blitz HD will be heading west on October 29, 2019. Confirming all of the info below, an Xbox One release is on the cards and PC is set for a tentative Winter 2019. The game will retail for $39.99 and a new trailer shows off the title in action.]

It’s been quite some time since a Super Monkey Ball game has graced a console. The last official release was the PS Vita entry Banana Splitz back in 2012, but you can’t keep a good monkey down. In this week’s issue of Famitsu Magazine, a remake of the 2006 Wii game Super Monkey Ball: Banana Blitz was announced for PS4, Switch, and PC in Japan. Set to release on October 31, 2019 (PC is TBA), it will bring the obvious host of graphical improvements along with putting the series on a modern console.

The title will be Tabegoro! Super Monkey Ball. Not much else is known about the remake, but the magazine will be hitting store shelves on July 18. In addition to the expose on Super Monkey Ball, an interview with series creator Toshihiro Nagoshi (of Yakuza fame) and series producer/director Masao Shirosaki is included. It’s always a trip, to me, to think of Nagoshi going from creating this colorful, cheerful arcade title to something like Yakuza, so it’s bound to have insight into his career choices.

In the meantime, here’s a selection of screenshots to look at. This series really does look nice in HD, I have to admit.