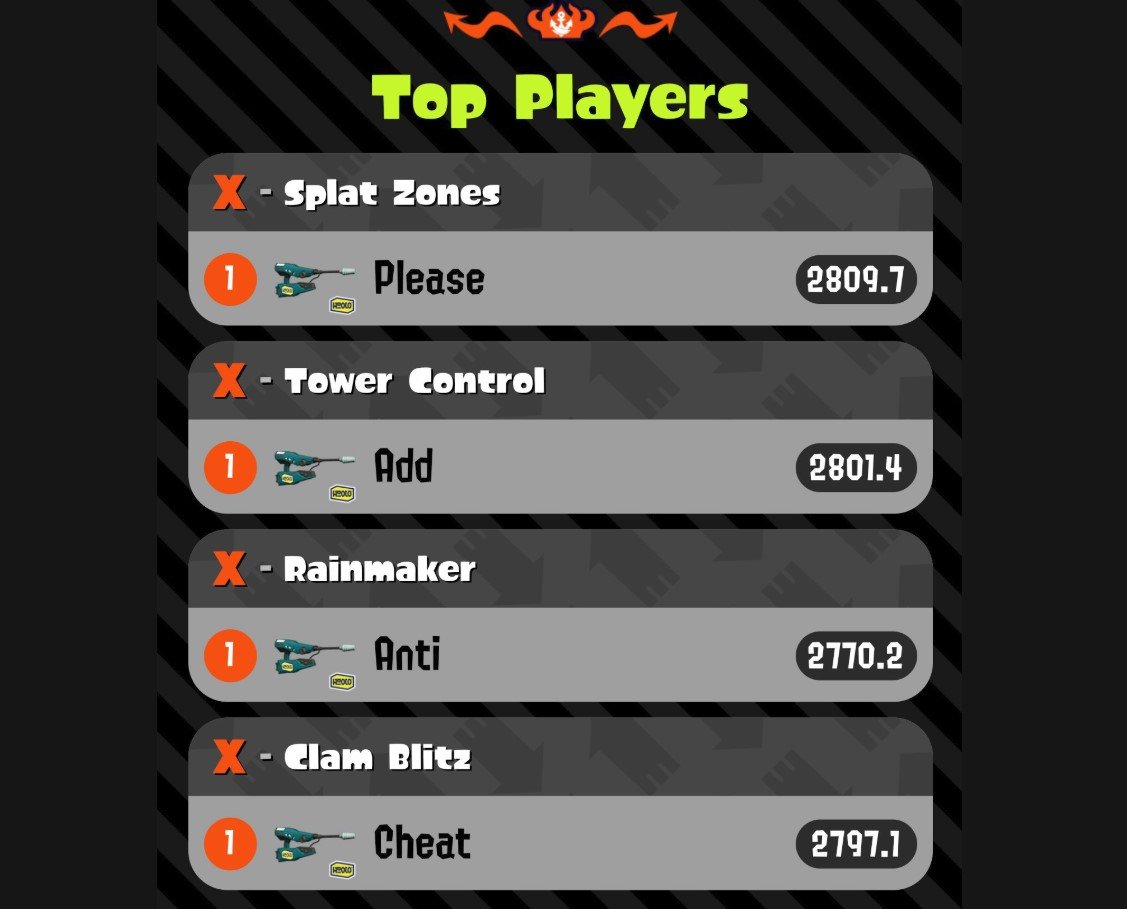 As subtle as a Salmonid’s frying pan to the face

[Update: Mr. PleaseAddAntiCheat has been banned from Splatoon 2 online play. It looks like the first part of his wish came true, that just leaves whether Nintendo is taking measures to heed his message in the long term. Of note is that he made multiple alt accounts to pull off this message, which means his main account may be untainted.]

Nobody likes a cheater. They mock the hard work and time others put in to get to where they are. They act as if having drastically better numbers will make them more respected when they’ve won nothing but contempt. They spoil the fun for everyone else. But this is one cheater I can get behind, if only because of their purposefully ironic message to Nintendo.

Reddit user “PleaseAddAntiCheat” has claimed responsibility for a recent incident on the Splatoon 2 X power leaderboards. Their crime was simple: edit their X power on four alternate accounts to claim the top spot on every ranked mode. These accounts spelled the message “Please Add Anti Cheat,” making the point of this incident pretty darn clear. The hacker added that they are okay with receiving bans as long as this provokes Nintendo to take appropriate action.

According to the hacker’s post, Nintendo has since noticed and set his X power to zero. Assuming that another hacker didn’t do that themselves, I’m hoping this is a sign Nintendo will work on his wish soon. I enjoyed my brief run with Splatoon 2 and I’m disappointed to see that cheaters are spoiling the fun for so many more dedicated players. Both the players and the game deserve better, especially those who worked hard enough to reach Rank X in the first place. And if Nintendo doesn’t tighten their online security by the time their paid online service launches, Splatoon 2‘s future won’t look much brighter.