[Update: It seems as if the rep that spoke to Comicbook.com was misinformed, or Sony had a change of heart. Mercenary servers are back online.]

As we continue our “farewell tour” for the PlayStation Vita, we can add another stop: Killzone: Mercenary‘s online play.

As confirmed by Comicbook.com through Sony support, the platform holder has shut down Killzone: Mercenary‘s online servers, seemingly for good, without a warning. For reference, Mercenary was one of the Vita’s marquee (and frankly, upper echelon) first-party games from 2013 on, and people were still playing it. Giving a heads-up before shutting down services for big-name games like this is customary, but didn’t happen here.

Destructoid has also confirmed the shutdown. Busting out our trusty (I won’t joke that it’s “dusty” as it has been next to my bed for the past eight years!) OG OLED Vita, we tried to boot up Mercenary‘s online component to no avail. You can find said confirmation below.

This is the second Vita related diss track in a week! 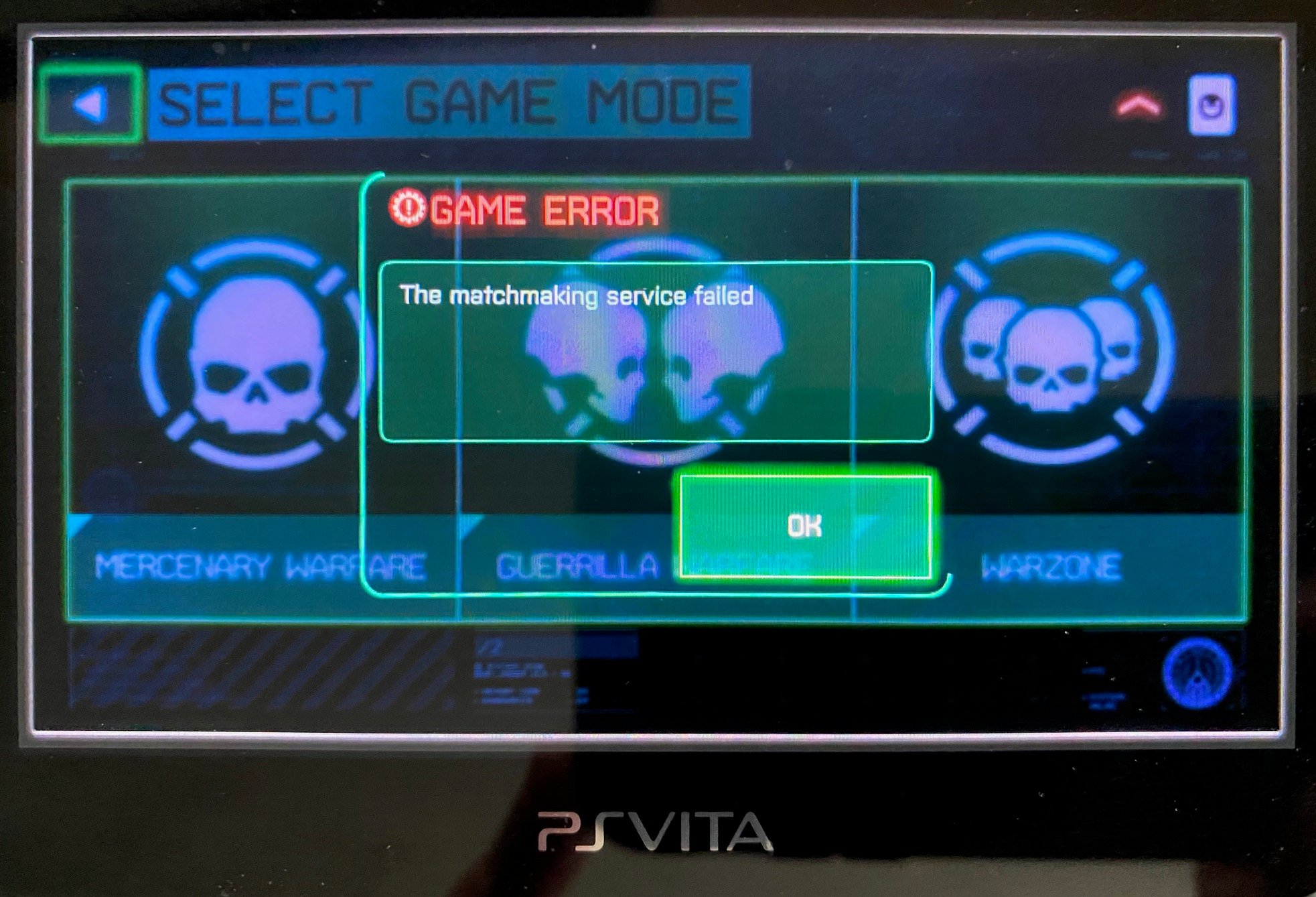