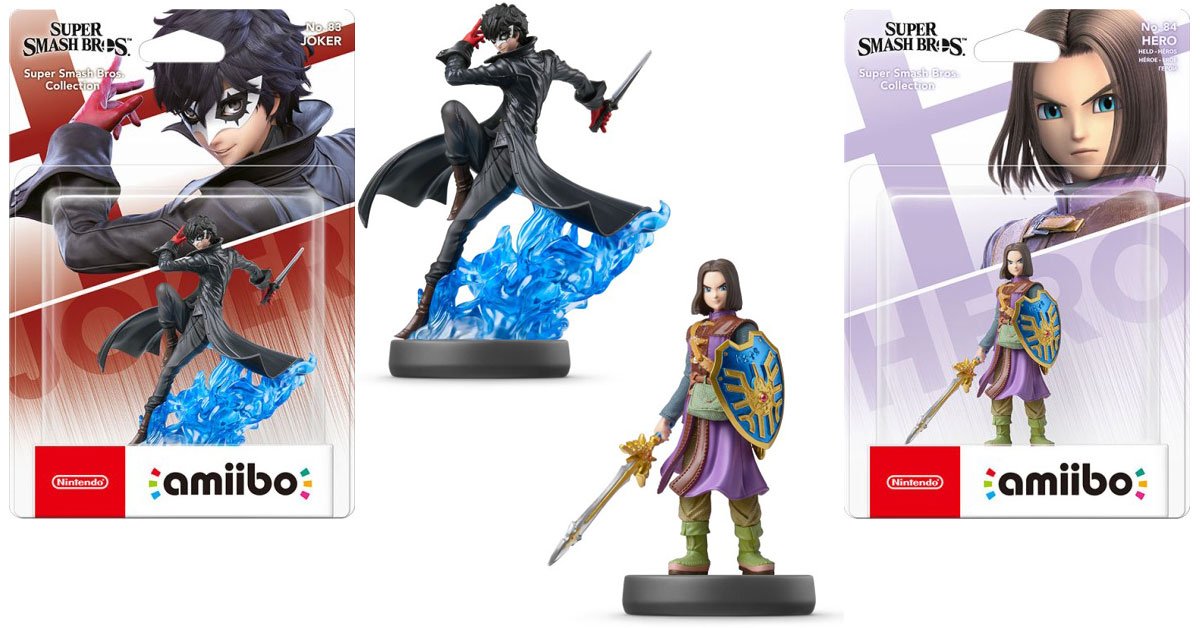 Are you still collecting?

[Update: Pre-orders are now live in the US at Best Buy! You can find both of them at the link here.]

Do you remember when amiibo were the biggest toys on the planet? That was a weird year. While they may not be as prominent as they once were, Nintendo is still churning them out. Earlier this year, it dropped the Dark Samus and Richter amiibo into stores. On October 2, two more Smash Bros. Ultimate fighters will join the amiibo lineup with the release of the Joker and Hero figures.

With this release date announcement, our exceptionally long list of every amiibo released has been updated.  Chances are we’ll be updating that list well into 2022 as there are still four more known DLC characters waiting on their amiibo and five unannounced DLC fighters who will surely get their own in the months and years to come.