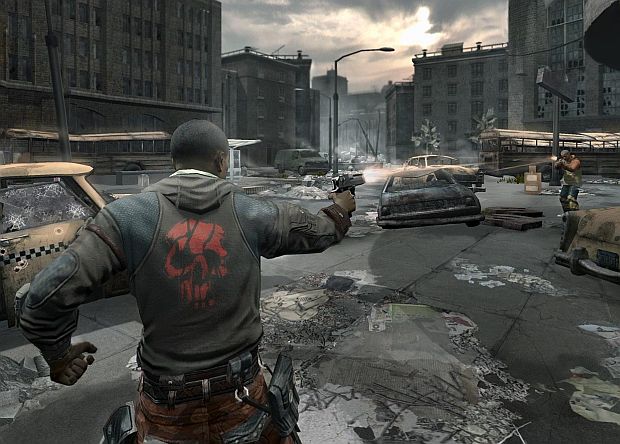 Last month, the third-person shooter MMO CrimeCraft was released. While interest was certainly there, actual numbers for the game are a little on the shallow side. Thankfully, Vogster Entertainment is more than willing to make amends, and has announced a new update to the game.

There is actually quite a lot to this update, with new pricing, new content, and some neat little features that should hopefully get some interest back on this MMO. Should you give it a try now? Well, hit the jump to see what’s new about CrimeCraft.

First of all, there is a new pay structure for the game. Now it is free to play, with certain features blocked off for paying members. After that, the lowest end of the scale starts at the $4.99 level Standard subscription. Higher up is the Premium scale and the current membership fee of $9.99 a month. Basically, the differences between the pricing is that paying members will have extra customization opportunities, skill slots, increased experience gains, and larger inventory. Hit the gallery to see the graph to make things clear.

Sure, it’s far from ideal, but at least CrimeCraft gives players an early opportunity to check out the game before they make a major investment. Also, Vogster is working hard to make it easy for players to flow back and forth between pay structures should they feel the need. For the people who are playing the game now, they will receive an “Original Gangster” tag with their name, an extra free month of Premium subscription, and a bunch of in-game presents like gold bars necessary for special purchases, so don’t be too pissed off if you were an early adopter.

Other new features coming with the update include dropping much of the real-world advertisements, which have been a little overdone in Sunrise City, as well as an increase in plot elements. More PvE modes have been tossed in, and the general game has been edited to allow the skills of gamers, their gangs, and their accomplishments to be highlighted. This is done by ways of newspapers and news tickers announcing the best and brightest of CrimeCraft.

Finally, there are some cool new ideas that Vogster hopes to implement. Besides the clothing deal with Marc Ecko and Atticus, there have been some ideas tossed about that you could buy real-world clothing and get a code to wear it in the game. Also, agreements with MMA fighter Jens Pulverto means he’ll show up as an NPC. Ultimately, it looks like Vogster is really trying to right some of the mistakes they made with the launch of CrimeCraft, and the new improvements should be interesting for people interested in trying it out. Check all the new stuff come October 26.