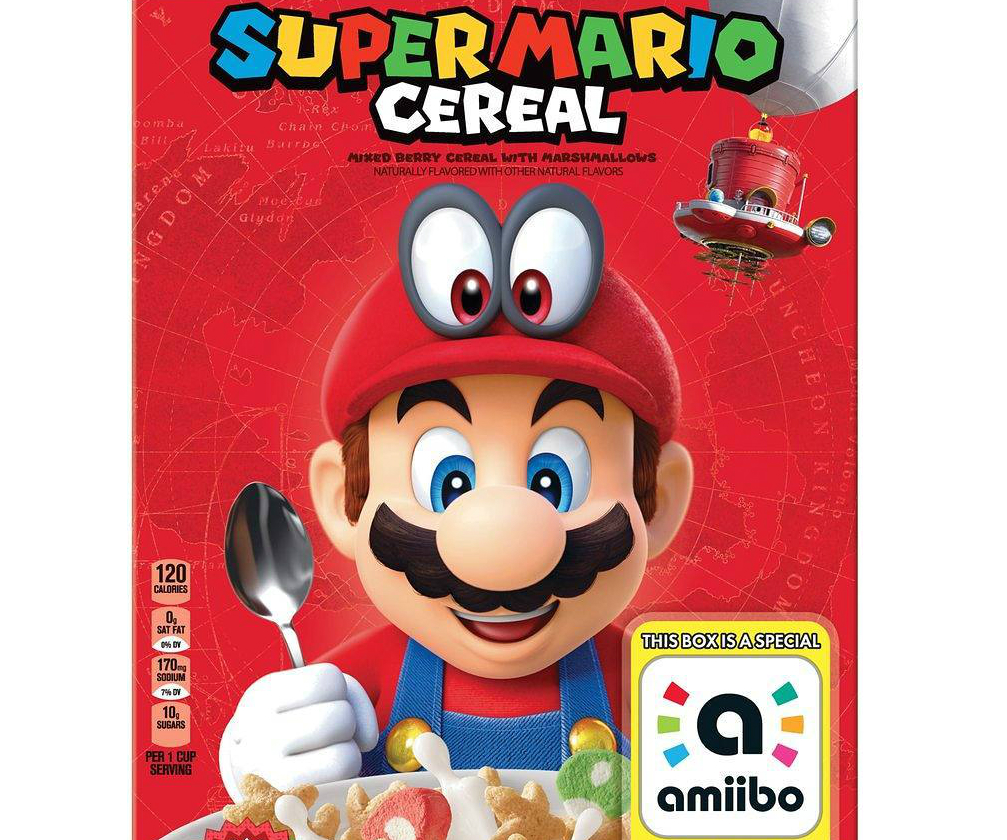 [Update: Confirmed! Nintendo has directly given us information on the box, explaining that they will be hitting shelves “as early as December 11,” as a limited edition cereal from Kellogg’s.]

I feel like a kid again, reading cereal news sites, as this story was too amazing to pass up.

According to the breakfast blog Cerealousy (one of the coolest things I’ve ever typed), there’s a Mario-themed cereal box in the works that actually functions as an amiibo. It’ll be in the form of a Super Mario Cereal that seems to have puffs and marshmallows shaped like question boxes and mushrooms.

According to the image, which may or may not be fake, the box is an amiibo (whether the NFC chip is in the bag or somewhere else is unknown), which will work with Super Mario Odyssey. As a collector, I welcome the challenge to track down this damn cereal just for the amiibo itself.