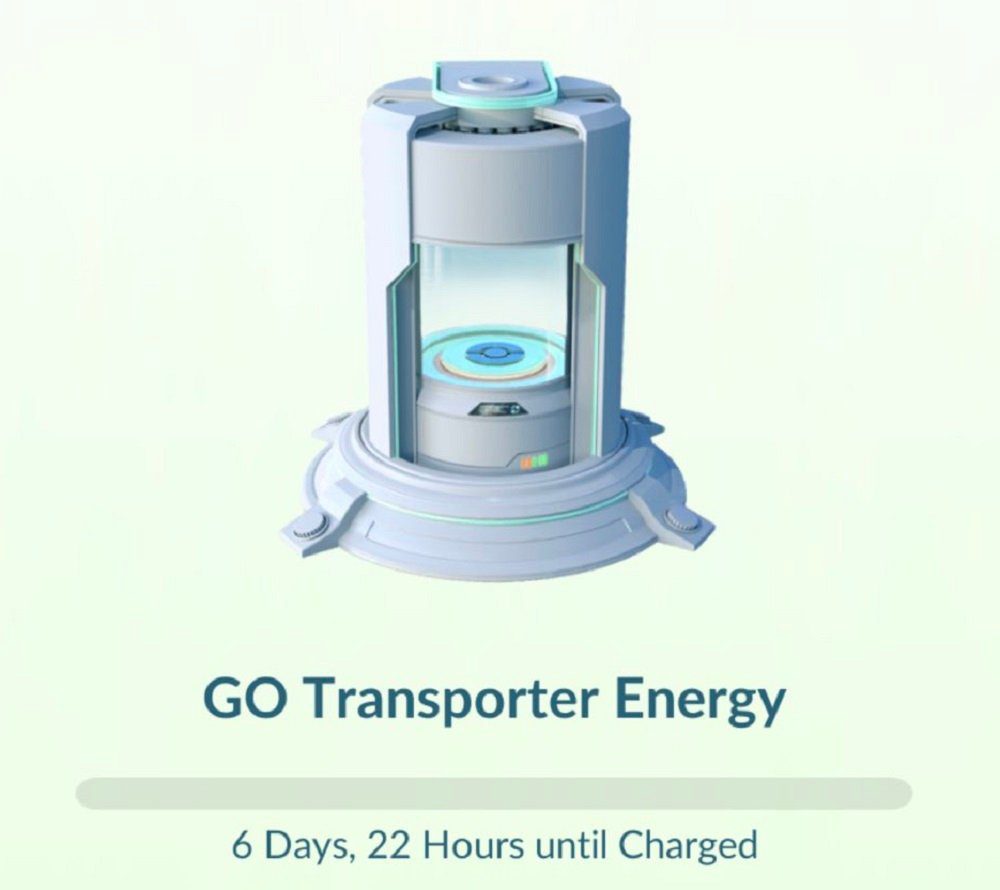 [Update: Niantic has lessened the requirements for transferring, as trainers at level 33 or above can now access the feature.]

Mobile gaming has gotten out of control in the past 10 years or so. While there are plenty of premium experiences, some studios have chosen to monetize every aspect of their game while creating a sense of FOMO (fear of missing out), among other tricks to get people to spend money. Pokemon Go just added Pokemon Home functionality, but as expected, it’s bad.

Let’s start with the basics first. So, as of today, Go-to-Home transfer is in. Right now it’s only available for level 40 and above trainers, but it will be rolling out eventually for everyone. The gist is that you can move over creatures to Home (and thus, Sword and Shield) via the mobile edition, but the process is governed by a very stingy “transporter energy” meter.

As discovered by Serebii.net webmaster Joe Merrick, it will take roughly seven days to charge your transporter after it has been consumed. If you don’t want to wait that long, pay up! It costs 1000 coins (about $10, the way microtransactions are priced) to fully recharge the meter. The meter is drastically lowered if you transfer shinies or high-value Pokemon. One user estimated that with 500 shinies, it would take 100 weeks (about two years) to bring over their collection without paying up.

It’s frankly, absurd. The idea is that you’re transferring characters into Sword and Shield, ultimately, which is a premium game that you already spent money on. Then, users are expected to pay a fee for the premium version of Home. Now you’re manipulated into spending cash to transfer everything in a reasonable amount of time in Go; after you’ve spent years acquiring an army of creatures.

This whole debacle is extremely 2020.

It takes just under 7 days or 1000 coins to fully charge your HOME transfer pic.twitter.com/2S8HwgSRNl

How to transfer Pokémon from Pokemon Go to Pokemon Home [Niantic]