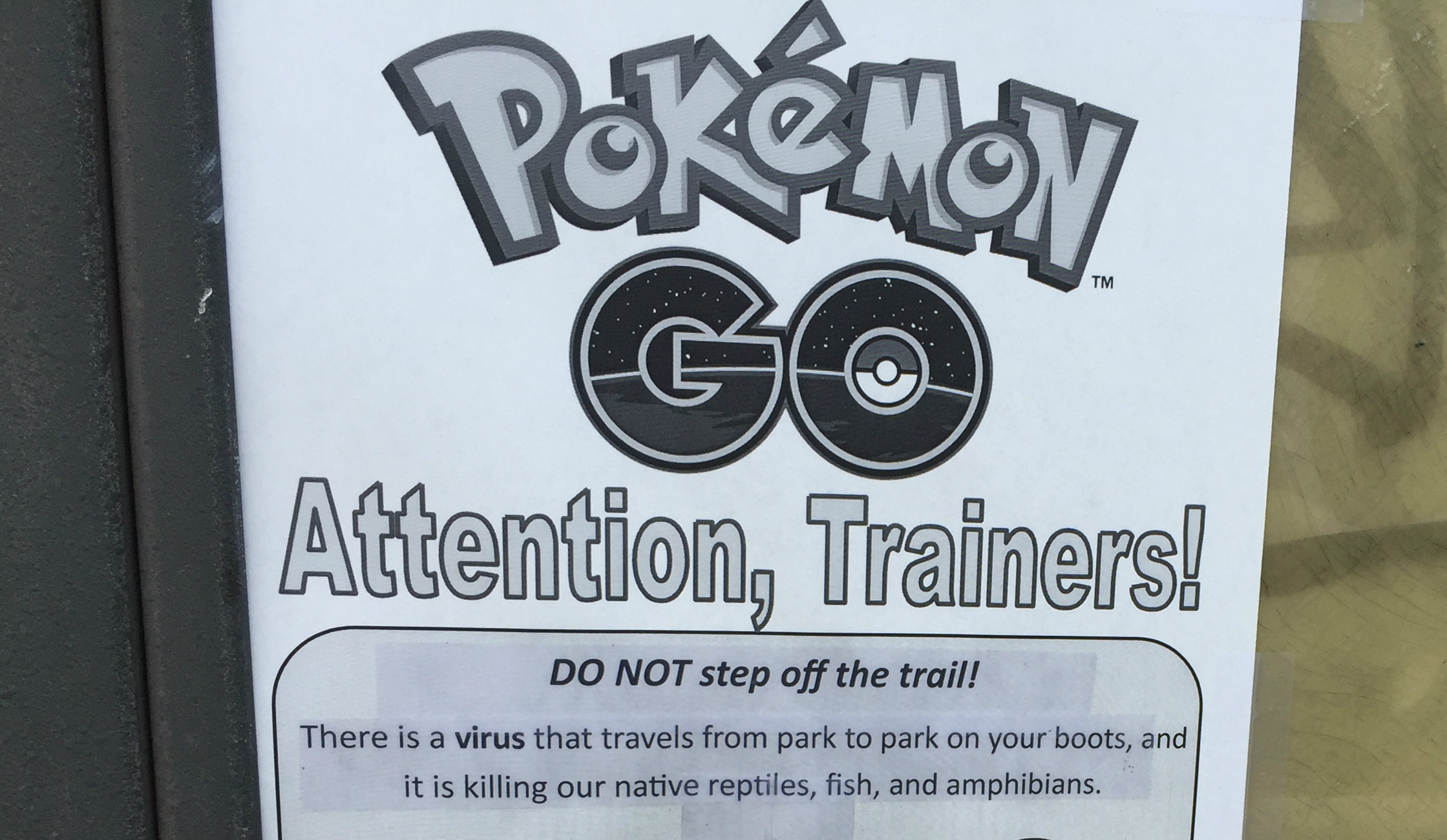 Also out in US, AU, NZ, Germany

The official Pokémon Go Twitter account has announced that after a rollout in four other countries (including Germany yesterday), that the game is now available in the UK on both Android and iOS. Now you can finally see what all the rage has been this past week.

If you’re wondering about the header, that was actually taken by me at a local park! A lot of places are getting wise to the game, and I’ve even been seeing local news clips warning parents of “a smartphone Pokémon game” while I was at the gym. It’s amazing how big it’s gotten, and seeing people at lure spots both young and old, playing away, sharing tips and tricks and talking rumors. It’s a thing of beauty.